All Party Parliamentary Group on Sexual and Reproductive Health

The All Party Parliamentary Group on Sexual and Reproductive Health in the UK (APPG SRH) is a group of MPs and Peers seeking to raise awareness in Parliament of the needs of women seeking abortion and the importance of improving the sexual and reproductive health of people in the UK.

We bring together Parliamentarians, experts and campaigners to examine issues within sexual and reproductive healthcare in the UK, and to explore options to improve healthcare through policy and legislative change.

We are currently working to improve access to contraception for women in England, and to advocate for the full funding and commissioning of abortion services in Northern Ireland.

The Group is chaired by Dame Diana Johnson DBE MP and Baroness Barker.

The Group's Terms of Reference can be accessed here.

If you have a press query, please contact Catrin Hughes at appg@fsrh.org.

The APPG SRH opened the Inquiry into Access to Contraception in 2019, in response to reports of women being unable to access contraception in a way that meets their needs. We reopened evidence submissions in May 2020 in order to examine the impact of the Covid-19 pandemic on women's access to contraception. 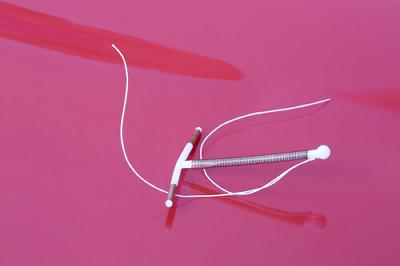 The Inquiry's report, Women's Lives, Women's Rights: Strengthening Access to Contraception Beyond the Covid-19 Pandemic can be downloaded below:

You can read a full account of the launch event here.

In September 2022, we published a progress update against the recommendations set out in the 2020 report. It found that 34 of the 38 recommendations have either had no progress or only some progress made against them and identified 5 key areas where progress must be made if women are able to access contraception in a way that meets their needs.

The APPG SRH has maintained a strong focus on the benefits of telemedicine for early medical abortion, following our meeting on this issue in July 2021.

Further to the ongoing work of the APPG and partners in the reproductive health space, in March 2022 Parliament voted in favour of making the telemedical pathway permanent in England. This means that women have continued access to home use of the first pill used for an early medical abortion (mifepristone), following a virtual consultation with a qualified nurse or midwife.

We are delighted that access to a pathway that is safe, effective, timely, more accessible than the alternative and preferred by most women has been protected.

You can read an opinion piece from our Chair Dame Diana on this issue here.

What is an All-Party Parliamentary Group?

An All-Party Parliamentary Group is a cross-party group of MPs and Peers who meet to discuss a particular issue of concern. APPGs examine policy issues relating to these issues, and they hold events and inquiries to understand them in more detail.

APPGs are ‘informal’ groups since they don’t play a formal role in developing legislation, but they are an effective way of bringing together parliamentarians and interested stakeholders.

What does the APPG on Sexual and Reproductive Health do?

The All-Party Parliamentary Group on Sexual and Reproductive Health (APPG SRH) exists to promote awareness in Parliament of issues surrounding sexual healthcare and reproductive healthcare, and the needs of women seeking abortion. We were founded as the Pro-Choice APPG.

We bring politicians, experts and campaigners together to examine issues within sexual and reproductive healthcare in the UK, and look at options to improve healthcare through policy and legislative change.

In recent years, we’ve held inquiries into access to contraception and the need for accountability and integration in sexual health, reproductive health and HIV care. We’ve hosted events in Parliament on FGM, relationships and sex education (RSE) and women’s reproductive health, to name but a few.

Who is a member of the APPG?

The following parliamentarians are members of the APPG:

What recent events has the APPG held?

A full list of APPG events can be accessed here.

Who funds the APPG?

The All-Party Parliamentary Group is funded by the Faculty of Sexual and Reproductive Health (FSRH), the Royal College of Obstetricians and Gynaecologists, Marie Stopes UK, Bayer and Organon.

How can I contact the APPG and stay up to date with the latest news and updates?

For media enquiries or general questions about the APPG SRH, please contact Catrin Hughes at appg@fsrh.org.

The APPG is supported by:

This is not an official website  of the House of Commons or the House of Lords. It has not been approved by either House or its committees. All-Party Parliamentary Groups are informal groups of Members of both Houses with a common interest in particular issues. The views expressed in this webpage are those of the group.