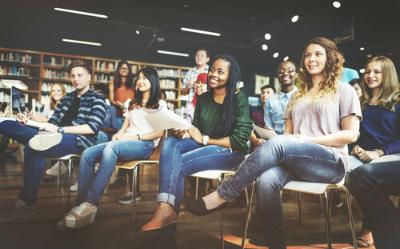 The Welsh Government has consulted on the additional guidance documentation which was drawn up as part of the Relationships and Sexuality Education (RSE) Curriculum for Wales.

In our response we strongly recommended making the language in the document more concise as it lacked clarity. We also suggested using a less ambiguous definition of RSE.

We felt that the guidance lacked clear references to resources which teachers could use as part of their curriculum. We recommended that the Welsh Government include the evidence-based Abortion Factsheet that we published together with the Royal College of Obstetricians and Gynaecologists (RCOG) within the Relationship and sexuality education (RSE) statutory guidance and code as a factually accurate resource for educators to use as part of their RSE lessons.

We recommended a full revision of the code to make if clearer and more accessible. We also noted a number of significant gaps in the code which would make it unfit for purpose.

We have campaigned for many years with partners to encourage the introduction of compulsory RSE in schools across the UK. Research shows young people who learn about sex and relationships mainly at school are less likely to report poor sexual and reproductive health outcomes. School RSE also increases the likelihood of people choosing to have sex for the first time at comparatively later ages, reduces the likelihood of experiencing a sexually transmitted infection (STI), reduces the likelihood of young people engaging in unsafe sex or reporting distress about sex, and reduces the number of unplanned pregnancies. Evidence also shows that the skills developed within RSE lead to improved academic attainment.

You can read our response in full here.