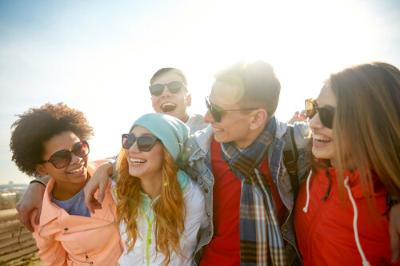 A survey of 1,002 young people aged 16-17 in England carried out by Censuswide between 29 October 2021 to 12 November 2021, and commissioned by the Sex Education Forum, has uncovered the extent to which Relationships and Sex Education (RSE) lessons are being inconsistently delivered, often with few opportunities for pupils to ask questions or influence how RSE lessons can be improved.

Just one in five young people (20%) said they had an ‘opportunity to ask my questions and get answers’ and only one in seven (14%) recalled ‘being asked my opinion about how RSE could be improved' over the last year.

The polling has also shone a light on the gap in conversations about RSE at home. For around one in four young people (23%), there has been no RSE from parents and carers; with those who did receive some, this was in the form of one big talk or a few separate discussions. Only one in six (17%) of the young people surveyed had regular discussions with parents and carers about RSE.

You can read the entire report on the Sex Education Forum website here.

We have campaigned for many years with partners to encourage the introduction of compulsory RSE in schools across the UK. Research shows young people who learn about sex and relationships mainly at school are less likely to report poor sexual and reproductive health outcomes. School RSE also increases the likelihood of people choosing to have sex for the first time at comparatively later ages, reduces the likelihood of experiencing a sexually transmitted infection (STI), reduces the likelihood of young people engaging in unsafe sex or reporting distress about sex, and reduces the number of unplanned pregnancies. Evidence also shows that the skills developed within RSE lead to improved academic attainment. We will continue to work with partners so that young people can access evidence-based, high-quality RSE across the UK.