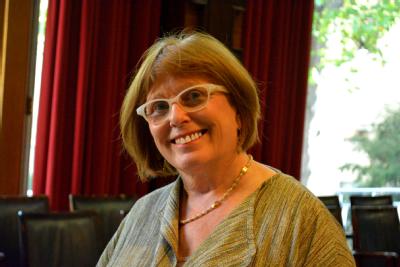 Diana Halfnight, Head of Membership retires after over 40 years working in the field of women's health

It is hard to believe that Diana Halfnight is retiring from her role as FSRH Head of Membership and Deputy CEO at the end of April 2016. She will be much missed and I know many of us will be on the phone to her asking for advice as she has been in the field of women's health for more than 40 years.

Diana initially was a sales representative then meetings manager for Janssen Cilag in the UK helping to launch Cilest and Evra. I met her in London 25 years ago and we have remained firm friends over the years. FSRH was most fortunate that she was willing to take on organisation of our meetings which have gone from strength to strength in the last decade.

As Deputy CEO Diana supported the transition after Corin Jones retired as Company Secretary and has been Jane Hatfield's right hand woman for the last three years. Diana has always been the person to go to when problems arise as she knows everyone and connects many of us in the field of SRH globally. She will always remain a champion for women's health and contraceptive choice - have a wonderful retirement Diana.

by Diana Mansour on behalf of FSRH