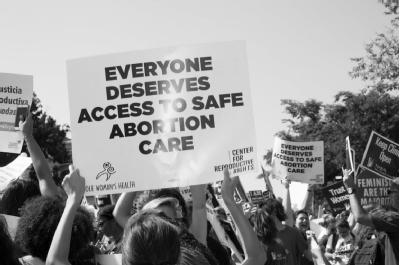 The RCOG and FSRH have jointly responded to the Home Office’s review of protests outside abortion clinics. The review takes place in the context of a history of intimidation and intrusive protests against patients and staff at abortion facilities across the UK.

In our response we have made clear that we are aware of widespread protests. Some of the key evidence we have shared highlights the following:

For several years FSRH and RCOG have pressed the case for buffer zones outside clinics – zones in which anti-abortion activity cannot take place. As highlighted in our response, experience in other countries – such that of the States of Victoria and Tasmania in Australia – has shown that buffer zones can be effective.

Fundamentally we have made the case that we do not wish to curtail freedom of speech and opinion around abortion. However, intimidating staff who are providing a lawful and necessary service and approaching potentially vulnerable women accessing these services are unacceptable means of promoting anti-abortion views.