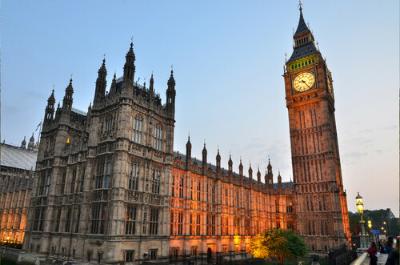 The House of Commons yesterday voted to make telemedicine for early abortion care permanent in England. The vote has been warmly welcomed by the Faculty of Sexual and Reproductive Healthcare (FSRH) and the Royal College of Obstetricians and Gynaecologists (RCOG) as it will result in improved access to essential reproductive healthcare for girls and women across the country.

Yesterday’s vote was the result of an amendment to the Health and Care Bill, initially tabled by Baroness Liz Sugg in the House of Lords. It reverses the Government’s decision last month to end access to the telemedical pathway after 30 August this year.

The amendment will mean that women will have continued access to home use of the first pill used for an early medical abortion (mifepristone), following a virtual consultation with a qualified nurse or midwife. The vote brings England into line with plans set out by the Welsh Government.

“The evidence shows that telemedicine is safe, effective, timely, more accessible than the alternative and preferred by most women.

“We are delighted that Parliament has chosen to listen and respond to the strength of the medical evidence, and the views of women and organisations working to support reproductive health.

“We salute the parliamentarians who have voted to stand up for the rights of girls and women to access an essential form of sexual and reproductive healthcare.

“And we hope to see a continued focus on the needs of women in the publication of both the Women’s Health Strategy and Sexual and Reproductive Health Strategy in the Spring.”

Dr Edward Morris, President of the Royal College of Obstetricians and Gynaecologists, said:

“We are delighted that MPs have voted in favour of the amendment, which follows the Welsh Government’s decision to make telemedicine for early medical abortion a permanent feature of abortion care in England.

“This is a vital decision that protects women’s rights to access the healthcare they deserve and gives them the choice of accessing early abortion care at home.

“We would like to thank all the campaigners who have helped to make this possible as well as the MPs who voted yesterday to champion women’s rights and who listened to the medical evidence that telemedicine for early medical abortion is safe, enables women to access treatment sooner, and is a service that many women prefer.”

The Faculty of Sexual and Reproductive Healthcare (FSRH) is the largest UK professional membership organisation working at the heart of sexual and reproductive health (SRH), supporting healthcare professionals to deliver high quality care. It works with its 15,000 members, to shape sexual reproductive health for all. It produces evidence-based clinical guidance, standards, training, qualifications and research into SRH. It also delivers conferences and publishes the journal BMJ Sexual & Reproductive Health in partnership with the BMJ.

The Royal College of Obstetricians and Gynaecologists is a medical charity that champions the provision of women’s healthcare in the UK and beyond. It is dedicated to encouraging the study and advancing the science and practice of obstetrics and gynaecology. It does this through postgraduate medical education and training and the publication of clinical guidelines and reports on aspects of the specialty and service