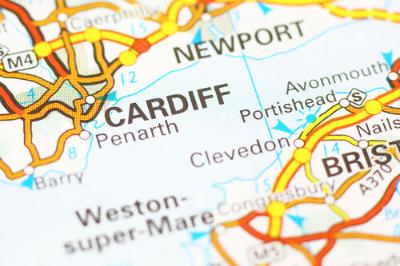 The Welsh Government has announced that telemedicine for early medical abortion care will be made permanent in Wales. The measure allows the use of both abortion pills, mifepristone and misoprostol, at home. The Faculty of Sexual and Reproductive Healthcare (FSRH) and the Royal College of Obstetricians and Gynaecologists (RCOG) welcome this decision, which follows previous calls by FSRH and charities in the sector to make telemedicine for early medical abortion permanent. The decision comes on the same day as the UK Government announced its intention to withdraw the same service in England.

New guidance developed by FSRH, the Royal College of Obstetricians and Gynaecologists (RCOG), and the British Society of Abortion Care Providers (BSACP) in Wales will be launched soon.

Dr Jane Dickson, member of the Wales Committee and former Vice President of the Faculty of Sexual and Reproductive Healthcare (FSRH), said:

“We strongly welcome the Welsh Government’s decision to permanently allow telemedicine and home use of both abortion pills for early medical abortion. Contrary to the situation in England, it is heartening to see that the Government in Wales has listened to women and the calls of healthcare professionals to make this service permanent.

“Telemedicine has enabled thousands of women to access safer abortion care during a time when travel and face-to-face consultations needed to be severely restricted due to risk of COVID-19 infection. We are delighted that this positive change will be maintained, so that women can continue to access telemedicine abortion care services permanently beyond the pandemic.

“Allowing home use of the first abortion pill, mifepristone, for early medical abortion enhances women’s options - and makes this safe and effective healthcare treatment easier to access. We urge the Scottish Government to follow suit and to enable women to access essential healthcare at home.”

“We are delighted the Welsh Government has listened to medical professionals and women, and has committed to making the telemedicine service for early medical abortion at home permanent in Wales.

“This is a huge win for women in Wales and makes the decision by the UK government harder to justify. We do not understand why a safe effective service with strong evidence to back this up should be threatened - telemedicine has created a more equitable service which has enabled thousands of people to access the care they need more quickly, and just as safely, while also being a more efficient use of NHS resources.”

About RCOG
The RCOG is a medical charity that champions the provision of high-quality women’s healthcare in the UK and beyond. It is dedicated to encouraging the study and advancing the science and practice of obstetrics and gynaecology. It does this through postgraduate medical education and training and the publication of clinical guidelines and reports on aspects of the specialty and service provision.