FSRH statement: FSRH and RCOG welcome telemedicine for early medical abortion care being made permanent in England and Wales 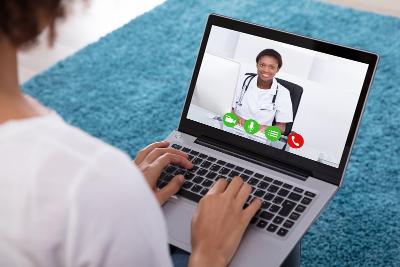 The Government has announced that it will make the provision of early medical abortion care via telemedicine permanent in England, following a vote in Parliament in March this year. The Faculty of Sexual and Reproductive Healthcare (FSRH) and the Royal College of Obstetricians and Gynaecologists (RCOG) strongly welcome this decision, which follows nearly two years of campaigning and calls for telemedicine to be made permanent across the UK.

The announcement will enable women to access early medical abortions at home permanently, giving women choice between face-to-face and remote abortion care. New legislation will allow for both courses of abortion medication to be taken at home for gestations of up to nine weeks and six days.

The Government has also stated that safeguarding guidance for under-18s accessing early medical abortion services will be published soon.

“We strongly welcome the Government’s decision to make home-use of both abortion pills and telemedicine for early medical abortion permanent. I am glad to see that the Government has listened to women and healthcare professionals, including FSRH members, who have called for this option to be made a permanent feature of abortion care.

“Telemedicine has enabled thousands of women to have timely access to safe, high-quality abortion care at home, with many preferring to access abortion care via telemedicine in comparison to face-to-face appointments in a clinic.

“All women should be able to receive prompt access to abortion services, which should include good pregnancy decision-making support and access to post-abortion contraception by trained healthcare professionals if required.

“As a membership body whose members work on the frontlines of abortion care, we call on DHSC to have regard for our position statement on young people, which recognises young people's rights and evolving capacity to make decisions about their lives and to consent to medical treatment.”

Dr Edward Morris, President of the Royal College of Obstetricians and Gynaecologists, said:

“We are delighted that telemedicine for early medical abortions will continue in England and Wales. The permanent provision of telemedicine is a huge win for women, girls and people accessing abortion care.

“The telemedicine pathway has removed barriers to allow women to access an essential form of sexual and reproductive healthcare, reducing inequalities for those who live in rural areas, and rely on public transport. We are pleased that the Government has listened to the evidence that the service is a safe and effective pathway which enables women to access treatment sooner, and is preferred by women.

“This is a positive step to improve care and protect women’s rights to bodily autonomy, despite other global decisions to limit access to abortion. However, there is considerably more that needs to be done in the UK to ensure that no woman fears prosecution or is subject to criminal investigation for accessing an abortion.”

About FSRH
The Faculty of Sexual and Reproductive Healthcare (FSRH) is the leader in the field of sexual and reproductive healthcare, and we are the voice for professionals working in this area. As a multi-disciplinary professional membership organisation, we set clinical guidance and standards, provide training and lifelong education, and champion safe and effective sexual and reproductive healthcare across the life course for all.