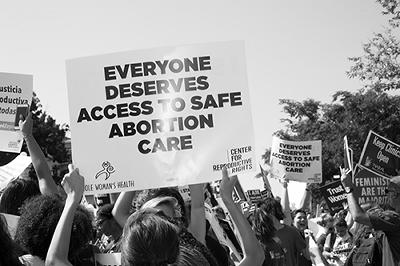 Today the UK Parliament voted to decriminalise abortion in Northern Ireland. The Royal College of Obstetricians and Gynaecologists (RCOG) and the Faculty of Sexual and Reproductive Healthcare (FSRH) strongly welcome the result of the vote, which shows majority of Parliament supports the right of women resident in Northern Ireland to have equal access to abortion care as the rest of the UK.

“We are absolutely delighted that Parliament has voted overwhelmingly to support the fundamental rights of women and girls in Northern Ireland to access abortion services.

“This is a truly historic day for women’s rights in Northern Ireland – a country which has one of the most restrictive abortion laws in the world – and will pave the way toward decriminalisation of abortion.

“The UK has finally addressed the historic wrong that has deprived the women and girls of Northern Ireland access to safe compassionate healthcare.

“It is now essential that the ambitions of this Act are implemented as soon as possible so healthcare professionals can provide abortion services – an essential aspect of women’s health, without any fear of prosecution.

“We will work with the government and partner organisations so that women can access these services in March 2020.”

“The vote in Parliament today is a milestone to secure women’s reproductive health and rights in the UK.

“Because of an outdated legislative framework, hundreds of women resident in Northern Ireland have to endure long journeys to other parts of the UK, sometimes in pain, to access abortion care. Others resort to illegal purchase of abortion medication, risking life imprisonment.

“There is evidence that the law in Northern Ireland conflicts with doctors’ duty of care and confidentiality towards their patients. Healthcare professionals in Northern Ireland fear criminal sanctions, and this hampers them providing information and making referrals, meaning that care is sub-optimal care and women may be put at risk.

“This situation is untenable, and the vote in Parliament today has the power to change that. It is imperative that this is implemented without delay.”