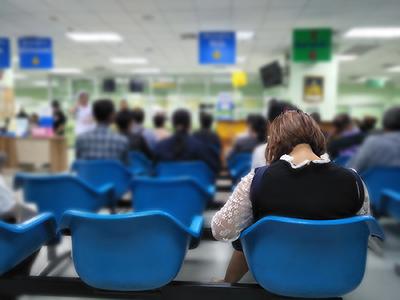 Yesterday the Health and Social Care (HSC) Committee held the first oral evidence session to inform its sexual health inquiry. FSRH President Dr Asha Kasliwal presented evidence on impacts of decreased access to contraception and made the case for joined up commissioning with a clear focus on women’s health.

The HSC Committee has established an inquiry to examine the commissioning and delivery of sexual and reproductive health. The Committee heard evidence from national organisations representing providers and commissioners as well as a range of charities in two oral evidence sessions yesterday. 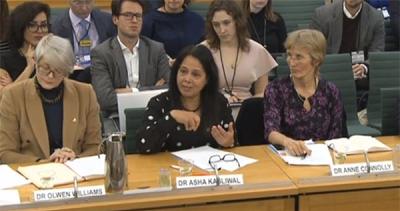 FSRH President Dr Asha Kasliwal spoke about how the reorganisation of services following the 2012 Health and Social Care Act has impacted women the most, who comprise half of the population.

Access to contraception, particularly long-acting reversible contraceptives (LARCs), has been affected by cuts to the Public Health grant and a fragmented commissioning system for women’s health care. Dr Kasliwal highlighted the results of a 2018 Freedom of Information (FOI) request which revealed that two thirds of local councils in England have cut their sexual and reproductive health budget since 2016/17, meaning more than 8 million women of reproductive age now live in an area where the council has reduced their budget. Access to LARCs in primary care has had a 8% reduction, which, the Committee heard, was due to a knock-on effect of cuts to local authorities’ sexual and reproductive health budgets on the broader NHS. Other areas of women’s health discussed were cervical screening, contraception for gynaecological purposes and abortion care.

"More and more, women are not getting access to contraception, which is a basic need" — Dr Asha Kasliwal, FSRH President

Dr Kasliwal also addressed workforce challenges such as a lack of leadership posts to oversee the design and delivery of services despite the high demand for specialty training in SRH. As a consequence of funding cuts and a lack of mandate for training, a shortage of other training opportunities within the workforce was also highlighted.

Dr Anne Connolly, Clinical Champion for Women's Health at the Royal College of General Practitioners (RCGP) and former FSRH Vice President, also spoke about the impacts on women’s health as well as the need for sexual and reproductive health services to be brought back under the NHS. The lack of accountability for sexual and reproductive health services arising from service fragmentation was mentioned as an area of concern.

"There has been a loss of holistic healthcare... separating the sex out of the rest of health care" — Dr Anne Connolly, Clinical Champion for Women's Health at the RCGP

Other witnesses who provided evidence in the same session include Dr Olwen Williams, President of the British Association for Sexual Health & HIV and Councillor Ian Hudspeth, Chairman of the Community Wellbeing Board, Local Government Association (LGA).

You can watch yesterday’s session here and read more about the inquiry here.