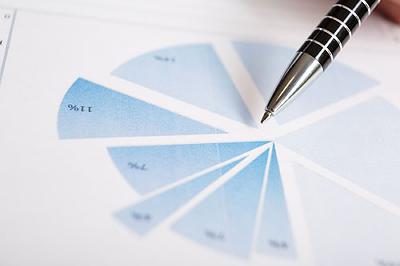 This month we joined Cancer Research UK and more than 80 health and local government organisations in signing up to a consensus statement on public health funding. Statement calls of Government to increase investment in public health to prevent ill health, reduce health inequalities, and support a sustainable health and social care system. Read the statement below.

Public health is facing a funding crisis. The NHS Five Year Forward View argues that “the future health of millions of children, the sustainability of the NHS, and the economic prosperity of Britain all now depend on a radical upgrade in prevention and public health”. Despite this, the Government has continued to cut the Public Health Grant year-on-year. Because of this, local authorities’ ability to provide the vital functions that prevent ill health are being severely compromised.

In the 2015 Budget, the Chancellor announced a £200 million in-year cut to the Public Health Grant, followed by a further real-terms cut averaging 3.9% each year (until 2020/21) in the 2015 Spending Review. Overall, the Public Health Grant is expecting to see a £700 million real terms reduction between 2014/15 and 2019/20—a fall of almost a quarter (23.5%) per person.[3] In 2019/20, every local authority has less to spend on public health than the year before. According to analysis by the Health Foundation, almost all local authority public health services faced cuts between 2014/15 and 2019/20: for example, spending on stop smoking services and tobacco control are expected to fall by 45%; sexual health spending is expected to fall by 25% and specialist drug and alcohol services for young people is expected to be cut by over 41%.

Local authorities have made efficiencies through better commissioning, but cuts are nevertheless impacting frontline prevention services. As an example, research conducted by Action on Smoking and Health and Cancer Research UK shows that, following year-on-year reductions to the Public Health Grant since 2015, stop smoking services have been persistently cut across local authorities. Now, the majority (56%) of local authorities are no longer able to offer a stop smoking service to all smokers in their area.

Taking funds away from public health is a false economy. Unless we restore public health, our health and care system will remain locked in a ‘treatment’ approach, which is neither sustainable nor protects the health of the population as it should. In the UK, smoking caused an estimated 115,000 deaths in 2015, whilst alcohol caused around 7,700 deaths in 2017. In England, there were around 617,000 hospital admissions where obesity was a factor in 2016/17. These preventable factors increase the risk of certain cancers, type 2 diabetes, lung and heart conditions, musculoskeletal conditions and poor mental health. Obesity alone is estimated to cost the NHS £5.1 billion every year, with wider costs estimated to be around three times this amount.

The Government must equip local authorities with adequate resources to provide vital public health functions. The Government currently plans to phase out the Public Health Grant by 2020/21, after which they propose to fund public health via a 75% business rates retention scheme. Whatever model is ultimately implemented, it must generate enough funding for local authorities to deliver their public health responsibilities, enable transparency and accountability, and be equitable so that areas with greater health needs receive proportional funding.

In her speech on 18th June 2018, the Prime Minister called for a renewed focus on the prevention of ill-health: “Whether it is cancer, heart disease, diabetes or a range of mental illnesses, we increasingly know what can be done to prevent these conditions before they develop – or how to ameliorate them when they first occur. This is not just better for our own health, a renewed focus on prevention will reduce pressures on the NHS too.

We urge the Government to deliver on this promise by increasing investment in public health in England. 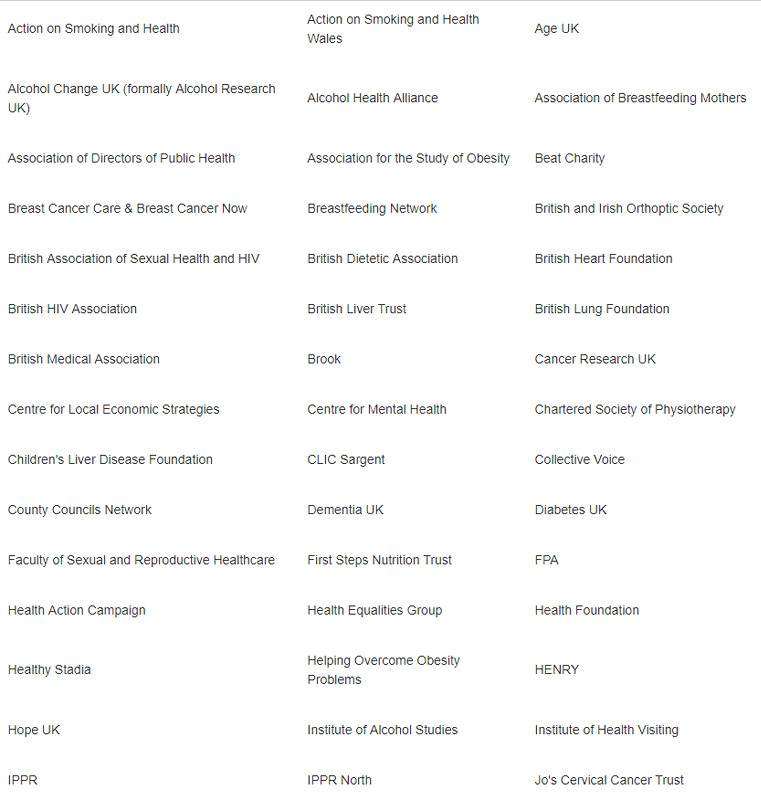 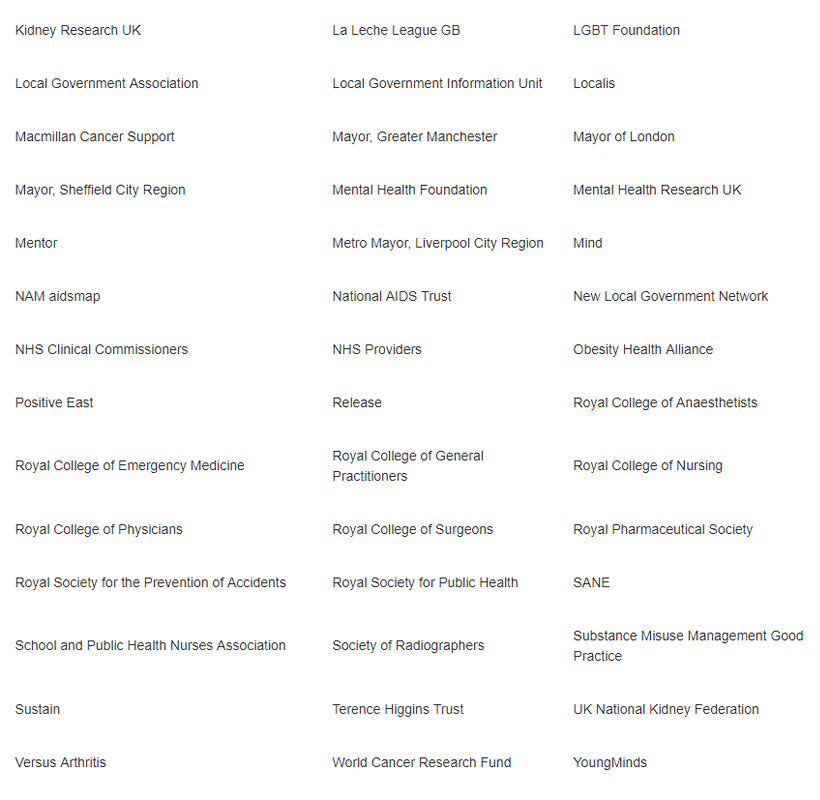