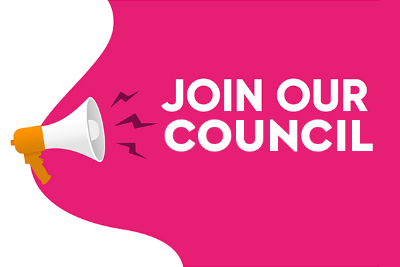 The FSRH Council is the professional membership body of the FSRH, responsible for implementing the Faculty’s mission and contributing to its clinical expertise and to meeting long-term goals and aims. The Council is comprised of elected FSRH members and nominated external representatives and plays a key role in shaping and overseeing the work of the Faculty, bringing the member voice and experience into our work.

We have two vacancies for Member/Fellows to stand for election to Council. This would be for a three-year term starting January 2023, renewable for a further three years.

This role description outlines the role of an elected Council member. Council meetings currently take place on a Thursday during the day four times a year. Meetings are virtually with one in person meeting in London. 2023 meeting dates are confirmed as follows:

In addition to Council meetings, there are other opportunities to support FSRH’s work as a member of Council including representing the Faculty at meetings and getting feedback from members. If elected, you would be expected to attend all meetings.

If you would like an informal discussion with the CEO or President about standing for election for one of these roles, please contact Helen Davies, Executive Assistant via hdavies@fsrh.org to arrange.

Return your nomination form and wording to councilelections@fsrh.org no later than than 10:00am Tuesday 20th December 2022.

*If you are looking for support for your nomination and you are unable to secure the signatures, please contact Gareth Groarke via ggroarke@fsrh.org before the deadline and he will try to assist you to connect to members to support your nomination.