Could you be an Officer of the Faculty of Sexual and Reproductive Healthcare? Closing date 11 July 2022 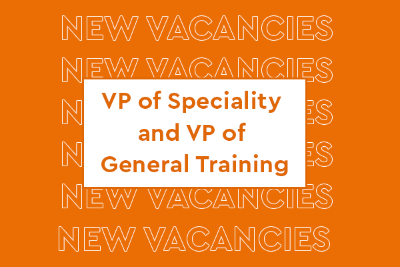 Two roles for FSRH Officer posts will become vacant over the next six months. The Vice President of Specialty role will commence from mid-September 2022, and the Vice President for General Training from January 2023.

We’re opening elections for these two important positions from today.

You can read more about the roles here:

What do FSRH Officers do?

The Officers are elected according to the by-laws and are responsible to Council. Each Officer has responsibility for a different area of the work of the FSRH. Their roles include:

You can read more about the FSRH’s governance.

These important leadership roles are designed to support a number of activities that lie at the heart of the Faculty of Sexual and Reproductive Healthcare (FSRH).

These influential roles offers the successful candidate the opportunity to help progress the vision of the FSRH, as well as to progress their own learning and development amongst experts in sexual and reproductive healthcare.

The Vice President's for Speciality and General Training are two of six FSRH Officers and are also members of Council.

Working as part of this team of Officers, these roles will contribute to the overall leadership and goals of the FSRH.

The roles encompass overseeing the work of a number of important FSRH committees, engaging with senior FSRH staff and supporting the strategy of the Faculty across multiple different themes and activities.

Although this role is unpaid any related travel and subsistence expenses incurred on official duties will be reimbursed according to the FSRH policy in effect at the time.

*If you are looking for support for your nomination and you are unable to secure the signatures please contact the Director of Membership and Marketing, Gareth Groarke, via ggroarke@fsrh.org before the deadline and he will try to assist you to connect to members to support your nomination.

The AGM of the FSRH will be held virtually on Thursday 22 September 2022 at 17:00-17:30. A formal notice, together with a link to the annual report and accounts, will be sent to all members in due course.

Please note, that as per FSRH governance arrangements, elections to Council roles are normally announced four months prior to the FSRH Annual General Meeting (AGM). In 2022, due to the change over date of the outgoing President and the President elect, the 2022 AGM will take place on 22nd September, which is six to eight weeks earlier than date of previous AGM’s. This means that the Council elections are being announced three months earlier than AGM date this year. This provides sufficient time for the election process, but if you have any concerns regarding the 2022 timescale, please contact the FSRH Chief Executive, Gary Waltham, via hdavies@fsrh.org.