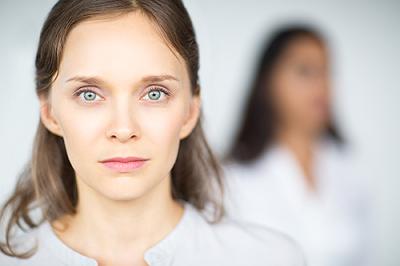 In editorial published online in BMJ Sexual & Reproductive Health, healthcare leaders, including FSRH President Asha Kasliwal and the President of the Royal College of Obstetricians and Gynaecologists (RCOG) Lesley Regan, strongly encourage the UK Government to lift restrictions that require medical abortion to be carried out as a two-step procedure at a licensed clinic or hospital. In a separate editorial for The BMJ, editor-in-chief of the BMJ SRH Sandy Goldbeck-Wood calls on Theresa May to decriminalise abortion in the UK.

The authors reference a 2007 report by the House of Commons Science and Technology Committee which found that not allowing home use of misoprostol in England was not related to “concerns over safety, effectiveness or acceptability”, rather implying this a political not a clinical decision.

“...we urge the Secretary of State for Health and Social Care to use his powers to extend to women in England the same compassion, respect, and dignity that the Scottish and Welsh governments have announced, so that all women can access safe, effective abortion care.”

An estimated one in three women will have an abortion by the time they reach the age of 45. Most of these will be early in the pregnancy when a medical abortion is most effective, the authors point out. However, medical abortion didn’t exist when the 1967 Abortion Act entered the statute books, and the law has consequently been interpreted as requiring both drugs to be taken at a licensed premises. The authors state that this risks the distress of having the abortion while travelling back from the clinic, a trauma that would be entirely preventable if women were allowed to take the drugs at home.

“This obligation to return to the abortion service […] for a second visit impacts many women who struggle with repeated time off work, childcare, transport difficulties or distance from the abortion service. Furthermore, it selectively disadvantages the most vulnerable ─ those who are deprived, live in rural areas or have dependants.”

In a separate editorial in The BMJ, editor-in-chief of BMJ SRH Sandy Goldbeck-Wood, on behalf of her editorial board colleagues, calls on Prime Minister Theresa May to decriminalise abortion in the UK, following the recent decisions to liberalise abortion laws in the Republic of Ireland and the Isle of Man.

The women of Northern Ireland are most vulnerable as the nation allows no defence even in cases of rape or fatal foetal abnormalities, and they face a maximum sentence of life imprisonment.