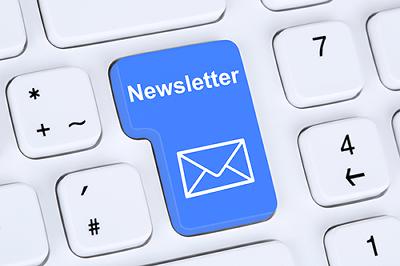 The August issue covers the announcement by Parliamentary Under Secretary of State for Public Health and Primary Care Steve Brine to extend the HPV vaccination to adolescent boys in England as well as the release of draft statutory RSE guidance for consultation by the Department for Education (DfE). This month the e-Bulletin editorial team is also seeking readers’ views on the bulletin’s scope and content.

The last day of Parliament before recess traditionally sees a rush of government announcements, and none was more welcomed by the sector than the one by Parliamentary Under Secretary of State for Public Health and Primary Care Steve Brine on 24 July 2018 confirming that the national human papillomavirus (HPV) vaccination programme will be extended to adolescent boys to protect them against HPV-related cancers. The announcement follows a five-year campaign by medical bodies, healthcare professionals and patient groups for a national programme that protects men and women equally.

The Department for Education (DfE) was also in ‘end of term’ mode announcing new plans for all pupils to study compulsory health education (HE) as well as new reformed relationships education in primary school and relationships and sex education (RSE) in secondary school. The long-awaited draft statutory guidance on RSE (and now HE) was also released for consultation.

In this month’s issue also look out for: a community statement signed by 32 charities and community groups calling for a national programme on PrEP; the first draft guidelines from BASHH on the management of infection with Mycoplasma genitalium; the Government’s new LGBT Action Plan, which includes the appointment of a national LGBT health adviser; the newest version of PHE’s Public Health Dashboard with summary data on sexual and reproductive health services and a new report from BPAS exploring changes in teenage lifestyles and outlook as well as young people’s experience of RSE and use of contraception.

The August e-feature is signed by Chris Hicks, Policy and Campaigns Officer at National AIDS Trust (NAT). Chris reports on the findings from a recent NAT project looking at whether STPs can act as a vehicle through which to integrate HIV services.

This is the 48th issue of the Sexual Health & HIV Policy eBulletin, which is now supported by a coalition of sector organisations led by FSRH. It is the only regular bulletin that covers the whole sexual health, reproductive health and HIV sectors.  It is important for us to understand the changing make-up of our readers to ensure the e-Bulletin remains relevant.  We would appreciate 5 minutes of your time to complete the survey and give us your feedback.

Read the August issue and e-Feature. If you would like to receive the next issues directly in your e-mail inbox, please subscribe.