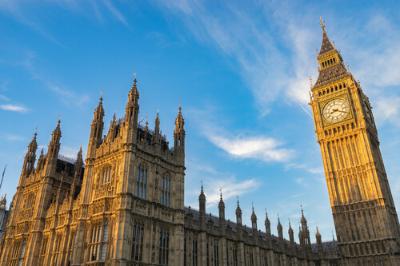 The All Party Parliamentary Group on Sexual and Reproductive Health (APPG SRH) has signed a joint letter calling on the UK Government to protect the rights of women, girls, and marginalised groups – including the LGBTQ+ community – who are currently under threat amid the crisis in Afghanistan.

The letter shares concerns in relation to women and girls’ access to sexual and reproductive healthcare (SRH) in Afghanistan and calls on the UK Government to ensure that the NHS is sufficiently supported to care for women and girls who are resettled in the UK.

This is further to a number of medical bodies speaking out to share their concerns that, unless action is taken quickly, efforts of the last twenty years to reduce the remarkably high maternal mortality rates in Afghanistan will have been in vain.

It also seeks clarification from the Prime Minister on protection being offered to ensure the safety of female healthcare workers in Afghanistan.

The letter is co-signed by the following APPGs:

Read it in full:

We are writing on behalf of the APPG on Global LGBT+ Rights, APPG on Sexual and Reproductive Health in the UK, APPG on HIV and AIDS and the APPG on Population, Development and Reproductive Health to commend you and the government on your swift action in the midst of the current crisis in setting up the Afghanistan Citizens’ Resettlement Scheme and especially for your continued commitment to protecting the rights of and offering asylum to women, girls, religious, and other minorities who are currently under threat in Afghanistan.

Among the groups left most vulnerable by the recent withdrawal from Afghanistan and the Taliban’s return to power is the LGBT+ community. Afghanistan has always been an ultra-conservative country, politically, religiously and socially, even within what were Government-controlled areas. However, the extraordinarily brutal treatment observed by LGBT+ people in areas already under Taliban control and their particularly strict interpretation of Sharia law is well documented and can only be expected to now come into force across the whole country.

Under Sharia law homosexual acts are considered a major sin. As such, under the Taliban, Afghanistan is one of the few countries in the world where consensual same-sex sexual relations are punishable with flogging or potentially the death penalty. The experience of areas that were already under Taliban control is indicative of the appalling fate that now awaits LGBT+ people across the whole of Afghanistan, for example, in 2015 the UN Assistance Mission in Afghanistan reported that a “local” Sharia court in Ghor province had sentenced two men and a juvenile to execution by wall-toppling for homosexual acts. According to UNAMA, the falling wall killed the two men but only injured the teenager who was ultimately allowed to live.

Afghanistan has a low HIV prevalence among the general and key population groups except for injecting drug users (IDUs). HIV prevalence among IDUs has been as high as 4.4%. If effective prevention interventions are not scaled up to reach adequate coverage, Afghanistan is likely to soon experience a concentrated HIV epidemic among IDUs. The 2009 UNODC Drug Use Survey in Afghanistan reveals that almost one million Afghans use drugs. In addition to IDUs,
population groups living with HIV include prisoners, female sex workers, and men who have sex with men.

In 2020 there is an estimated 12,000 people living with HIV in Afghanistan with only 1100 accessing treatment. There were 1600 new HIV infections in 2020. In 2020 there were 1900 AIDS related deaths in the country. It is also estimated that there are 6700 0 to 17-year-olds who have been orphaned due to their parents dying of an AIDS related illness.

We are also very concerned about women and girls’ access to sexual and reproductive healthcare (SRH) in Afghanistan. Medical bodies have recently spoken out to share their concerns that, unless action is taken quickly, efforts of the last twenty years to reduce the remarkably high maternal mortality rates in Afghanistan will have been in vain.

For those who are resettled in the UK, the NHS must be sufficiently supported to care for women and girls in need. The World Health Organization has stated that most research shows poorer maternal and newborn health outcomes in refugees and migrants, alongside higher rates of unwanted pregnancies and abortion, low use of contraception and high rates of sexually transmitted diseases.

We call on the UK Government to ensure Afghan women and girls are not left behind, and that they have access to SRH in line with Sustainable Development Goal 5.6 which states that countries must “ensure universal access to sexual and reproductive health and reproductive rights”.

We have a number of issues we would like clarity on:

We would welcome a meeting with a minister from the Foreign, Commonwealth and Development Affairs Office and the Home Office to discuss these issues and we look forward to your reply.