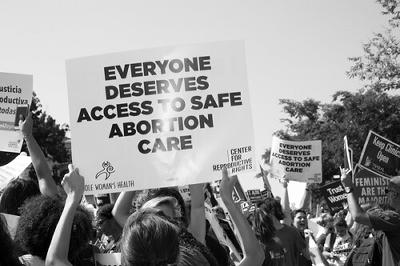 The All Party Parliamentary Group on Sexual and Reproductive Health held an event on Monday 14th December examining the current lack of commissioning for abortion services in Northern Ireland.

Despite the establishment of a legal framework earlier this year, the Health Minister for Northern Ireland, Robin Swann, has not acted to formally commission and fund services, leading to the continuing instability of clinics established earlier this year. In October, the clinic providing abortion care to women in one health trust, the Northern Trust, closed due to lack of resources, forcing women to once again travel to England in order to access abortion care.

Over 100 people attended the virtual event, which was led by the APPG’s Chair Dame Diana Johnson DBE MP and featured experts from the legal, medical and policy fields.

The event also covered the actions that the APPG is taking to advocate in Parliament for a swift resolution to the issue. Diana stressed that the impact on women was at the core of the issue, and should always be at the forefront of discussions.

It is estimated that close to 100 women were denied access to care while the Northern Trust abortion clinic was closed between October 2020 and January 2021, when it reopened. On January 5th, the South Eastern Trust closed its abortion clinic.

You can read a summary of the event here.