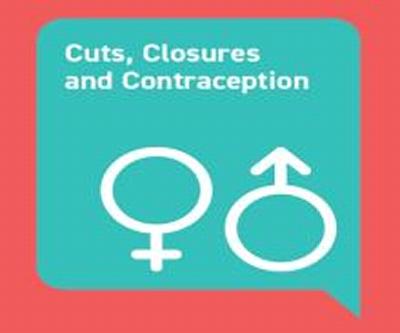 The Advisory Group on Contraception (AGC), which FSRH is a member of, has released a new report detailing the severe impacts of cuts to public health and local authority budgets. The report corroborates much of what FSRH's members have been reporting through our Members Survey.

The AGC report finds that contraceptive care services have closed or are under threat in more than one third of English local councils since 2015, with the pace of closures accelerating, research released today shows. A year ago, one in seven councils had closed sites providing contraception in the community since 2015; this year it has risen to one in three.

The Advisory Group on Contraception issued Freedom of Information requests to every council in England. The findings revealed that 53 councils – more than one in three of the 152 councils in England – have closed services delivering contraceptive care since 2015. 32 councils closed services in the financial year 2016/17, compared with 12 councils in 2015/16. When asked about plans for the current financial year, 8 further councils confirmed cuts to local services.

In addition, of the 51 councils who provided year on year data, half have cut their allocated budget for contraception for the financial year 2017/18.

Local councils have had responsibility for commissioning contraceptive services since 2013, funding services that provide long acting reversible contraception (LARC) such as the contractive implant and intrauterine systems and devices (IUS / IUD). LARCs are recognised as the most effective methods of contraception.

But following years of Government cuts to the public health budgets used by councils to pay for LARC provision, experts in the Advisory Group on Contraception are warning that the number of unplanned pregnancies could rapidly accelerate.

Cuts are happening as abortion rates in women over the age of 30 – the group most likely to use LARC methods – are rising steadily. Prescriptions issued for LARCs have fallen by 6 percent over the last three years in the community, despite the fact that the Government, NICE and Public Health England all recommend that women should be encouraged to consider a LARC rather than less reliable methods like condoms and the pill.

Dr Anne Connolly, a GP in Bradford and member of the AGC, said:
“Cuts and closures to contraceptive services will mean more women will struggle to get the contraception they want. Often these cuts disproportionately affect the most vulnerable women in society. Without doubt, this will mean more unplanned babies and more abortions. It is deeply frustrating to feel like we are going backwards.”

Paula Sherriff MP, Chair of the All-Party Parliamentary Group on Women’s Health, said:
“These findings show that, once again, women’s health issues are being side-lined. Contraception should be a core service in every community and it’s extremely worrying to hear that it’s getting harder for women to get the method they want.”

The AGC has heard from many women across the country who have had to battle to get the contraception they want. One woman, Jo Baxter, was wrongly told by her GP that longer term methods were only ‘appropriate’ for women in long term relationships. With no accessible community clinic in her area, she lived without contraception for two years, constantly fearful that she would get pregnant accidentally.

Jo said: “It’s crazy in this day and age that women have to fight so hard to get the contraception they want. Family planning clinics should be seen as core community services, but I found it impossible to find one that could help me. If I had got pregnant, it would have been devastating.”

For further information, please contact Caroline Gordon on 07931 373 442 or caroline.gordon@incisivehealth.com.

Examples of closures uncovered by the Freedom of Information request include:

The AGC’s report, Cuts, Closures and Contraception: An audit of local contraceptive services in England is available at theagc.org.uk. It is being launched at the Faculty of Sexual and Reproductive Health’s Current Choices conference of GPs.

AGC member, the FPA, is also publishing new research this week showing the challenges many women are facing accessing their contraception. In particular, their YouGov survey of 1,625 women aged 16-45 found that only around a quarter of women said that a healthcare professional had discussed long-acting reversible contraceptive methods with them such as the implant (24%) and IUD (26%).

Support for the AGC is provided equally by Bayer plc and MSD, who fund AGC meetings, activities and the AGC secretariat, delivered by Incisive Health. Bayer plc and MSD have no influence or input in the selection or content of AGC projects or communications. Members of the AGC receive no payment from Bayer plc and MSD for their involvement in the group, except to cover appropriate travel costs for attending meetings.