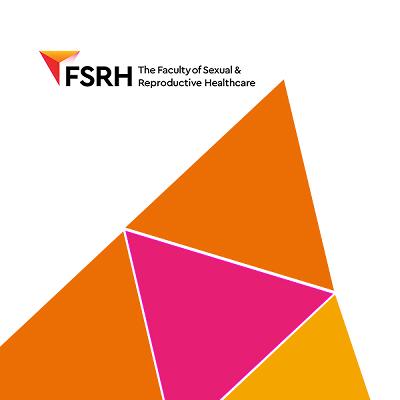 In this month’s eFeature Jim McManus offers a view on what can be done locally and at a national level to make the system delivering sexual health, reproductive health and HIV work better for everyone. 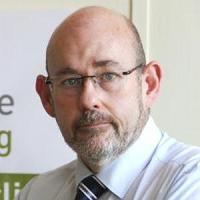 Jim McManus is Director of Public Health for Hertfordshire and leads a department providing services for 1.2 million people. He is a psychologist by background and an advocate of systems approaches in public health. He has worked in local government, the NHS and in the voluntary and commercial sectors. In this month’s eFeature Jim offers a view on what can be done locally and at a national level to make the system delivering sexual health, reproductive health and HIV work better for everyone.  Key to this, he says, is to start speaking in unison to articulate why sexual health should be funded and what the priorities are, rather than have further debate about lack of resources and ring-fences. He calls for a national strategic framework for sexual health, reproductive health and HIV and the development of a common language which enables us to speak more meaningfully to each other and (most importantly) to Government.


The Health & Social Care Act 2012 introduced a range of reforms, some of which are good and some that have not worked as well as intended or expected. One of the reforms that I would argue is good, and has worked well, is bringing Public Health into Local Government in England. There is no perfect system, but, I don’t - contrary to some commentators - feel public health, or sexual health, would be better off in the NHS. While for some the NHS felt like a golden age, for others budgets were raided on a regular basis.

But the fragmentation of commissioning and responsibilities around the spectrum of issues in sexual health, and the still unaddressed policy concerns in sexual health (across the UK not just in England) means the system is still not right. I don’t think it’s been right at any point in the last 25 years. It’s easy to point the finger at government, and indeed we do seem to be going through something of a national tumbleweed period when it comes to sexual health strategy. Certainly, the recent sad and sorry battle over pre-exposure prophylaxis (PrEP) for HIV was a demonstration of what happens when commissioning responsibilities and perverse pressures in the system get in the way of what we’re all supposed to be working for. I personally supported the PrEP debates because I believed it was important to establish that the NHS has every bit as much a role in prevention as Local Government has in care.

Whether we like it or not, we are faced with several tough years ahead in the UK. Austerity will continue. Brexit requires a whole re-orientation of the priorities and machinery of government and fiscal strategy. We saw this when the Chancellor presented his spring budget last week.

The foot may have been taken off the austerity pedal in some ways, but it’s still on in others and the proportion of GDP spent on the public sector is still declining. A smaller public sector has been a deliberate policy choice by government, even if not one talked about in so many terms. Cuts will continue. We can no longer do everything we once did. Government rarely listens to pleas for more money.

So, do we give up in despair? No. I think there are some things Directors of Public Health need to do locally, and need your support on, and some things we need to do together nationally.

Local priorities for a sustainable system

First, make the case for continued fair prioritisation of public health services within the new finance system. And second, make the case for commissioners to join together to look at what can be done for our population. Bits of the country have made this work; it is doable. We just need the right attitude and will to achieve it. Third, articulate a whole systems approach for sexual health from education and prevention right through to treatment and care. Fourth, prioritise together what is important in an environment where we don’t have the money to do everything. We need to face this and prioritise with a good rationale, or others will make those decisions for us. Do we cut the financial envelope for drugs services or for sexual health? Neither is attractive. And the same debate is happening now on NHS services. There is no escape from working together to redesign the system for the next few years.

The situation with HIV voluntary agencies provides some good learning here. I think we missed a trick. A narrative of HIV as a manageable condition led to claims that cuts could be levied more fiercely and as system leaders we didn’t counter these arguments well. A narrative that HIV services have lessons to teach the rest of the system on managing long term conditions, and can cope with the unpredictable support needs of living with HIV, could have been a better one if we’d thought it through. 90-90-90 and virological suppression is great, but HIV is still a long term condition and articulating what HIV support means now is the challenge. Have we put lots of energy into campaigning to keep the ring fenced grant that we should have put into articulating the system potential of HIV care agencies?

We need to get better at working as a system. At present it feels even those of us who want the same thing – good sexual health, are fragmented by both a lack of common language and unclear priorities. We need to articulate convincingly why sexual health should be funded, rather than argue about ring-fences and proportions.

Some big tasks for us:

What not to waste more energy on….

There are some debates that we all waste energy on. The financial settlement for local authorities is one of the worst in the last thirty years. The NHS, entirely forseeably, is now in the same boat, with the as yet immature mechanism of Sustainability and Transformation Plans (STPs) giving a poor showing on any promise of resolving the gap between morbidity, demand, and fiscal supply. In this climate it would make not one jot of difference whether sexual health was in the NHS or not. That’s a futile debate. The money would be less wherever sexual health was.

Increases in sexually transmitted infections (STI) incidence and prevalence started before local authorities took on public health in 2012 and continue now. Some people have sought to use this to claim sexual health is not safe with Local Authorities. Surely the point here is that we need to work together to understand what is happening and agree what we can be do about it.

Several Public Health Ministers have said – I think with some fairness – that the problem with the public health world is there’s too many voices saying things in polyphony and not enough harmony. It’s time we started singing in unison.

You may disagree with all this. Indeed I may have angered some of you. That’s not my intention. But if you have ideas and think you can do better I’d love to hear from you. But more money – even if it were a part of the answer – is not going to be one of them Government will deliver on. We have to find a way of making this work.

The content of all eFeatures represents the views and opinions of the authors. FSRH does not necessarily share or endorse the views expressed within them.

i Joint United Nations Programme on HIV and AIDS (UNAIDS) and partners ‘90-90-90 targets’; aiming to diagnose 90% of all HIV positive people, provide antiretroviral therapy (ART) for 90% of those diagnosed and achieve viral suppression for 90% of those treated, by 2020.