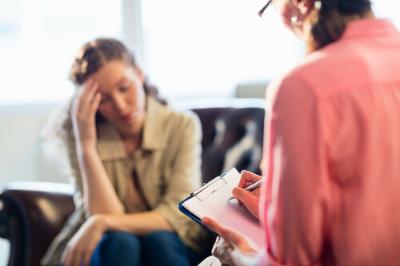 Further to World Mental Health Day, Amy Mckeown - a consultant focused on mental health, health and wellbeing and women’s health - writes for this month's eFeature on the mental health impact of unplanned pregnancy and the right to abortion. 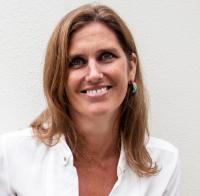 This World Mental Health Day, our focus is rightly directed to ‘Making mental health and wellbeing for all a global priority’. With women’s rights, health and the right to abortion being such hot topics globally this year, I think it’s important to use this day to reflect on some of the mental health impacts around unplanned pregnancy, abortion, and the right to choose.

Currently, 45% of pregnancies and one third of births in England are unplanned or associated with feelings of ambivalence1. Whilst teenagers remain the group at highest risk of unplanned pregnancy, increasing abortion rates for women over 30 and over 35 show that this is an issue for all ages.

With many women now starting sexual activity earlier in life, and having children later, it is not unusual to have to spend 30 years needing to avoid an unplanned pregnancy2.

Unplanned pregnancy and abortion affect women’s bodies but can also have repercussions for partners and children. We often overlook the mental health impact of the wider unit. Knowing that rights are in question or might be taken away can cause anxiety, depression, and stress. Whilst preventing unplanned pregnancy remains the optimum goal, we need to be honest about how different options affect mental health.

Deciding to terminate a pregnancy is not an easy option, however an unplanned pregnancy means that a choice must be made. A lot can depend on the woman’s circumstances and situation. Carrying a foetus to term, parenting, and raising a child is a monumental undertaking. Maternal health and mental health are now known to greatly impact the long-term health and mental health of a child, impacting neurological development, nervous and immune systems. Parenting and attachment styles have similar impacts. Children whose fathers are more positively engaged with them at the age of three months have fewer behavioural problems at the age of twelve months3. There are significant risks to the mental health of mother, partner, and child if parenting isn’t undertaken willingly.

The Turnaway Study4 which started in 2007 was a kind of What if? study. The prospective longitudinal study examined the effects of unwanted pregnancy on women’s lives; it started with people who are similar in certain basic demographic ways and who are standing at the same significant fork in the road. Researchers could not assign participants to take one path or another—that would be wildly unethical. There were 1,132 women from the waiting rooms of thirty abortion clinics in twenty-one US states. Some of the women would go on to have abortions, whilst others were refused on the grounds that they were past the facility’s gestational limit.

In the short term, the women who were denied abortions had worse mental health—higher anxiety and lower self-esteem. In the longer run, the researchers found “no long-term differences between women who receive and women who are denied an abortion in depression, anxiety, PTSD, self-esteem, life satisfaction, drug abuse, or alcohol abuse.” Abortion didn’t weigh heavily in determining mental health one way or the other5. It was noted that “relief” remained the most felt emotion among women who got the abortions they sought. That relief persisted, but its intensity dissipated over time.

There are financial pressures too. Raising a child to the age of 18 in the minimum socially acceptable standard of living is now estimated to cost £160,692 for a couple (£193,801 for a lone parent)6. A huge financial burden on top of the time and energy commitment of parenting, and the physical and hormonal work of pregnancy and birth. Children born into poverty are more likely to experience a wide range of health problems, including poor nutrition, chronic disease, and mental health illness, putting additional strain on families7.

Outside of the woman’s decision there is the additional pressure on social, health and local support services later, with the associated costs to the state.

The risk of unplanned pregnancy to a woman’s mental health is recognised in the 1967 Abortion Act which states that the ‘provision of treatment to save the life or to prevent grave permanent injury to the physical or mental health of a pregnant woman overrides any other legal or ethical consideration’. An understanding that forced parenthood has significant mental health risks and abortion seen as a lesser risk to mental health than pregnancy and parenting.

Things have got worse since 2010, with abortion rights now in question globally - a polarising topic of heated debate. This July the then Foreign Secretary, Liz Truss, removed a phrase including UK commitments to abortion and sexual health rights from an official multi-nation statement on gender equality8. Protests are being seen outside UK abortion clinics in increasing number. Thankfully in rare contrast to moves to restrict care, in March the UK Government reversed its decision to end access to telemedicine for early abortion, a decision it originally made against the advice of several Royal Colleges and medical bodies such as that of the Royal College of Obstetricians and Gynaecologists, the British Medical Association and the Royal College of Midwives9.

A decision to end a pregnancy is unique to each individual. Increased pressure on whether she has a choice, or judgement and shame around that choice will only add to the difficulty and challenge of an already charged and stressful time. Barriers to accessing safe abortion merely push women into riskier options as seen time and time again around the world. Walking past protesters challenging your decision to access care has repercussions for the emotional and mental health of women and may lead to some feeling forced into different decisions with potential longer term and wider mental health impacts.

The truth is that when it comes to unplanned pregnancy there are many interwoven and complicated factors at play. Whilst focus needs to continue on prevention, effective contraceptive care, and high-quality abortion care, we need to be more honest, joined-up and long-term in our thinking.

There are mental health consequences to every option and decision. Increasing the pressures on women around getting accidently pregnant and what choices are then available and socially acceptable will only add to rates of mental illness which are already higher in women than men and growing at a faster rate. Forced parenthood can lead to a plethora of long-term mental health and financial implications. On World Mental Health Day as we look at how to ‘make mental health and wellbeing for all a global priority’ let’s think about how this can begin with a woman’s right to choose.

Declaration - This article is funded by Bayer and the author has received an honorarium.

3 Ramchandani P et al. Do early father-infant interactions predict the onset of externalising behaviours in young children? Findings from a longitudinal cohort study. Journal of Child Psychology and Psychiatry 2012 (epub ahead of print).