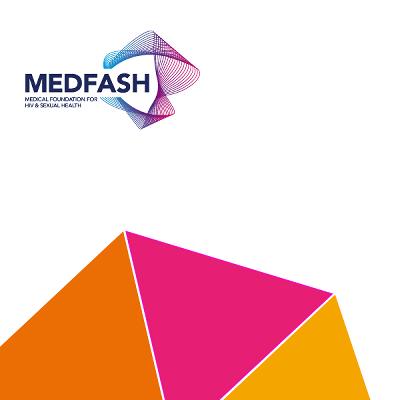 This content was originally published on the MEDFASH website as an e-feature on 17 November 2016 and it is reproduced here with kind permission by MEDFASH.

In this farewell eFeature MEDFASH’s Chief Executive, Ruth Lowbury, considers the challenges faced by small charitable organisations in securing new and sustainable income streams in an increasingly competitive funding environment and in a sector that is being squeezed. She also reflects on the many ways in which MEDFASH has collaborated with others to influence policy and practice over the years and ultimately benefit people living with HIV and those with other sexual health related needs.


MEDFASH is to close at the end of December after almost 30 years of supporting policy-makers and professionals to combat HIV and improve sexual healthcare. We have played a role that is not quite like that of any other organisation in our field and we have punched above our weight. So I write this final eFeature with a mixture of sadness, pride and gratitude.

MEDFASH is needed as much as ever, but we have reached the point where our income is too unpredictable and cannot be relied on to cover our costs. We have been fortunate to receive a varied range of project funding but in recent years have had to become almost solely dependent on this because of the phasing out of most core funding opportunities. Yet project funding, especially in these times of austerity, is insufficient to cover the costs of all the non-project functions that enable the organisation to exist (rent, utilities, equipment, website, staff training, accounts, board meetings and so on).
The disappearance of core funding is not the only challenge increasingly faced by smaller charities such as MEDFASH:

These challenges have been growing, and I hope the current House of Lords ad hoc Select Committee on sustaining the charity sector will be looking into them. They apply to all charities but are particularly acute for the smaller ones.

However, despite the challenges, MEDFASH has continued until now to deliver a range of valuable work and to have an impact across the HIV and sexual health sector. Most of our projects have relied on collaboration with others, either through formal partnerships or the engagement of individuals and organisations on working groups and advisory groups. MEDFASH outputs, such as service standards, have been notable for the endorsement of a wide range of stakeholders. We have always prioritised gaining such backing as a way to enhance our impact on practice and policy. We could not have achieved such impact without the goodwill and freely-offered time of so many expert and committed people. Drawing on such resources brings a value that no amount of fundraising could replace.

Over the years, MEDFASH has influenced policy and practice in a number of key areas, from our earliest days as The BMA Foundation for AIDS, offering an enlightened medical voice on AIDS at a time of ignorance, fear and stigma among the public and the medical profession, through a decade of major projects supporting implementation of the 2001 national strategy for sexual health and HIV, to the more recent development of guidance and case studies on commissioning in the wake of the structural changes arising from the Health and Social Care Act 2012.

Despite its diversity, some common threads have run through our work. Firstly, a focus on improving and standardising HIV and sexual health service provision. The standards we have developed (some with partners) for NHS HIV services, sexual health services, management of STIs, and psychological support for people living with HIV have all focused on the pathway of the person in need of care, and the quality of the care they should receive regardless of who provides it. The three-year national review of GUM services played a major role in helping services to modernise and achieve dramatic reductions in waiting times (from over 4 weeks in places to 48 hours almost everywhere). Key to the standards and the GUM review was an emphasis on a multidisciplinary approach, never more important than now.

Secondly, a commitment to improving rates of HIV diagnosis to enable more people to access life-saving treatment early. In the 1990s, after effective antiretroviral therapy became available, we produced a booklet encouraging healthcare professionals to recommend HIV testing to their patients without the need for lengthy counselling. This approach is now part of national testing guidelines and widely accepted, but at the time it was groundbreaking and controversial. Our booklets for general practice and secondary care, now in their third and second editions respectively, and our online educational tool for GPs have emphasised the important role of non-HIV specialists in diagnosing HIV. Most recently, as a partner in the EU-funded OptTEST project, we have been developing tools to support indicator condition-guided HIV testing across Europe.

Thirdly, an emphasis on encouraging strategic leadership and collaboration to drive improvement. Prioritising sexual health as a key public health issue, clearer accountability at local, regional and national levels and building strategic partnerships between NHS and local government were key elements in our review of the national strategy for sexual health and HIV back in 2008. While the report was of its time, it is tempting to say ‘plus ça change’ - so much of this still seems incredibly relevant in the context of fragmented commissioning arrangements and the advent of Sustainability and Transformation Plans. This eBulletin was initiated in 2012 as a short-term source of information on policy for commissioners and providers during the 'transition' - it is telling that in 2015, readers valued it even more highly than in 2013.

For each of these threads, we have achieved much but a great deal more remains to be done. It is sad that MEDFASH will no longer be a part of this, but we are grateful that our ongoing projects and outputs will be taken over by other organisations:

Many thanks to these organisations for picking up the baton, but also thank you to the many individuals and other organisations too numerous to mention who have worked with us and enabled our achievements, to all the funders who have made our work and our existence possible for almost 30 years, to the MEDFASH staff, project consultants and trustees who have brought such high quality standards to our work, and finally to all of you who have read our publications or participated in our events and used these to inform or change your practice for the benefit of people living with HIV and those with other sexual health and HIV-related needs.