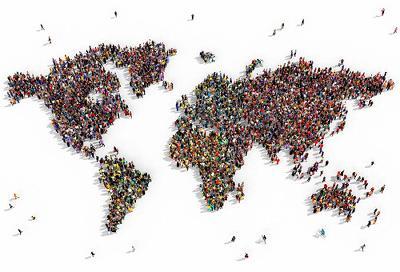 Preventing abortion services from operating does not stop women seeking terminations – this policy's effects have been felt around the world.

This article was originally published in The Telegraph. The article can be accessed here.

When Joe Biden signed the executive order to repeal the Global Gag Rule last week, there was an audible sigh of relief from the sexual and reproductive health community around the world.

Ever since, each Democratic administration has repealed the policy and each Republican administration has reintroduced it. But Trump’s version of the policy expanded it to all “global health assistance furnished by all departments or agencies“, meaning many more organisations were subject to the rule and left to choose between accepting the money or continuing to provide vital comprehensive sexual and reproductive health services.

The GGR greatly reduced access to safe abortion care, putting the lives of millions of women at risk. Every year an estimated 25 million unsafe abortions take place around the world and it is one of the leading causes of maternal mortality and morbidity worldwide. Almost every death from unsafe abortion is preventable with provision of safe abortion and timely post-abortion care.

Stopping abortion services from operating does not stop women seeking abortions, but it does force them to turn to illegal and potentially dangerous methods, risking complications, disability and death.

The effects of the policy have been felt in countries around the world. Organisations that decided to comply with the GGR have had to remove any information about legal abortion provision from their communications.

Many organisations over-interpreted the rules creating an enormous chilling effect. There are examples of providers that have stopped talking about the risk of developing sepsis after an unsafe abortion; others removed information about emergency contraception from their information materials.

The policy also jeopardised the UN Sustainable Development Goals’ targets for reducing maternal mortality and achieving gender equality as these cannot be met without strengthening sexual and reproductive health services.

The Covid-19 pandemic has itself thrown up more barriers to good sexual and reproductive healthcare. Staff and funding have been reallocated in order to respond to the pandemic; lockdowns have affected access while vastly increasing the strain on SRH services due to increased demand but fewer resources to deliver them.

The organisations we work for – the RCOG and FSRH – support the rights of women and girls across the world to access safe, contraception, abortion and post-abortion services. RCOG is currently embarking on a three-year Making Abortion Safe programme, working to increase healthcare professionals’ capacity to address the barriers to safe abortion care for women and girls globally – an initiative that is vital in the current climate.

Mr Biden has called on all relevant departments and agencies to implement the changes with immediate effect, ensuring all grantees, NGOs, partners and implementers are made aware. This is good news, but realities for women and girls will likely not change as rapidly; it could take months or more for NGOs on the ground to begin implementing abortion related work that they stopped as a result of the GGR.

The rescinding of the GGR is not a magic bullet, but it is a step in the right direction, giving services a chance to recover from both the GGR and the fallout of the pandemic. With both the House of Representatives and the Senate controlled by the Democrats, the Biden administration is placing the future health of women and girls on more stable ground.