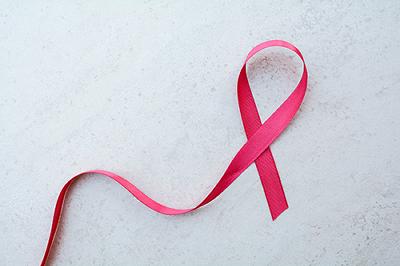 Chris Hicks is the Policy and Campaigns Officer at NAT (National AIDS Trust), the UK’s leading HIV policy charity. Chris leads on NAT’s work on integrated care within the NHS, commissioning and new models of care including Sustainability and Transformation Partnerships (STPs). In this month’s e-Feature for the August edition of the Sexual Health & HIV Policy e-Bulletin, Chris reports on the findings from a recent NAT project looking at whether STPs can act as a vehicle through which to integrate HIV services. 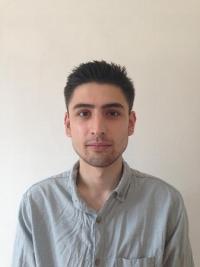 Sustainability and Transformation Plans (now Sustainability and Transformation Partnerships) were first announced in 2015. STPs are 44 areas covering England where local NHS organisations have come together to draw up proposals to improve health in the areas they serve, with the STP designed to support efforts to join up care. Nearly three years on after first being announced NAT set out to establish whether STPs have driven integration across the HIV care pathway.

Why is this important for HIV?

At NAT we believe that effective healthcare must begin with the interconnected needs of the individual patient (‘whole person care’) rather than with the convenience of the separate elements of the healthcare system. It has to be ‘joined up’.

Since 2012, when the commissioning landscape received a shake up, we have witnessed fragmentation of services and decreased capacity in the system.  Such fragmentation is especially harmful for an ageing population of people living with HIV in England who will increasingly need integrated care as they experience elevated rates of co-morbidity.  One in three (30 per cent) living with HIV is aged 50 or over. By 2028, this is projected to rise to more than half (54 per cent). This creates a new dimension for the management of long-term conditions among people living with HIV.

Over the past year we have conducted a research project setting out to identify local examples of integrated HIV care. We focused on the seven STPs that mentioned HIV in their plans* and Greater Manchester as an area where healthcare is being devolved.

We gathered information on how it came about that HIV was mentioned in the STP plan, the extent to which the local HIV sector were consulted in the development of the STP plan, and what organisations knew of current planning at STP level in relation to HIV. We spoke to commissioners (both from local authorities and NHS England), HIV clinicians, HIV voluntary sector support services, and STP representatives to ask these questions.

What did we find?

We wanted to establish if STPs can focus on a rarer condition such as HIV, which would benefit from the integration STPs offer but may well be overshadowed by more prevalent health challenges. The answer seemed to be heartening to a degree – London does mention HIV in all its STP plans bar one (South West London). Greater Manchester has well-advanced plans to address HIV across local boundaries. Greater Manchester’s Population Health Plan has committed to a vision of ending all new HIV transmissions within a generation with the Greater Manchester Health and Social Care Partnership agreeing to provide £1.3 million of funding to support this aim. Key to the success of securing this commitment was building upon existing relationships, effective consultation with stakeholders, and the possibility of transformation funding to support this vision.

However, while a mention of HIV in some STP plans has led to work on HIV at STP level, this isn’t the case across all the STPs we looked at. For example, neither West Yorkshire & Harrogate or Cambridgeshire & Peterborough, despite a mention of HIV in the plans, are seeking to do any substantive work at this time.

What secures some mention of HIV in STP plans?

Very high HIV prevalence is reflected in STP plans. Two further specific issues seem to have had traction in a few STPs – high rates of late HIV diagnosis was one, and the other was the relationship between specialised HIV services and sexual health services. Reference to specialised HIV clinical services in the plans was often in the context of how to ensure planning is coordinated with sexual health service provision – which raises important issues around sustainability of HIV clinical services as well as convenience and effectiveness of services for patients.

Also important is having local champions who believe the issue of HIV to be important.

Whether the actual content and activity around HIV in these STPs appropriately addresses HIV-related need is something that needs to be investigated further. In some STPs the brief mention of HIV in the plan does not appear as yet to be reflected in any STP-level activity. With the exception of Manchester, most HIV-related work at STP-level seems to be at an early stage of development.

In almost none of the STPs which mentioned HIV in their plans was there specific consultation with the HIV voluntary sector in order to ascertain opinion on the development of HIV services in the area; either before the finalisation of the plan or since - which is worrying given the push for greater community and patient involvement in shaping services. The same seems to be mostly true for consultation with local HIV and sexual health clinicians, certainly in advance of the STP plans being agreed. In some STPs there have been efforts around clinician engagement more recently, but these have mostly been generated from clinicians’ initiative rather than from the STPs themselves.

How should we go about engaging with STPs?

While STPs like South East London have initiated conversations with local stakeholders in their area, most conversations that have started around HIV and sexual health at STP level have been the result of clinicians taking the initiative and approaching the STP themselves, rather than the other way around. It seems that a bottom up approach is needed to leverage the STP to proactively work on HIV.

While work on HIV in the STPs appears to be at a relatively early stage this does not mean there isn’t cause for optimism.

It appears that HIV can be considered at STP level, with plans for improvement formulated, if local HIV stakeholders independently develop mechanisms for collaboration and arguments for an HIV-focus in STPs built on local data, economic arguments and generic policy priorities of the STP.

For example, the generic policy priority of prevention (with a lot of STPs having a prevention workstream) seems to be a perfect place to make proposals on sexual health. Local HIV stakeholders must take the initiative in developing proposals for STP consideration and persist in advocating for them.

We have a long way to go to truly integrate services across the HIV care pathway, but it is possible with the right commitment and leadership.

For more information on this topic, read NAT’s briefing which will be published in mid to late August. Once published you will be able to access it at nat.org.uk