Laura Russell, Public Affairs Manager at FPA, reflecting on the developments and campaigning victories within the SRH sector in the last year 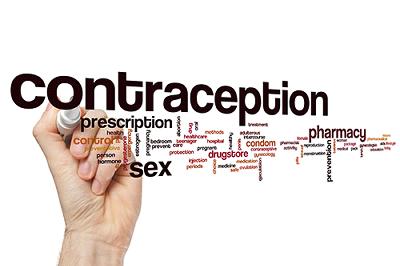 Laura Russell is Policy and Public Affairs Manager at the Family Planning Association (FPA) and Co-Chair of Voice for Choice, the UK's Network for pro-choice campaigning organisations. 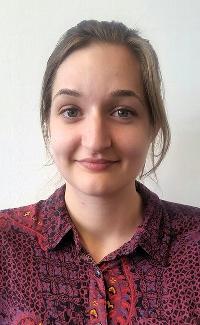 Hot on the heels of FPA’s Sexual Health Week (11-17 September), Laura uses this month’s eFeature to reflect on developments over the last year, highlighting the challenging issues still dominating the sexual and reproductive health field but also celebrating the campaigning victories the sector has had.  Laura maintains that gains such as compulsory relationships and sex education (RSE) and abortion funding in England for women from Northern Ireland show that even in circumstances where change seems highly unlikely, it can happen.  She is hopeful that even the current precarious political environment may yet provide more unexpected campaigning opportunities to bring about improved sexual health and wellbeing.

Last week FPA ran our annual national awareness week on sexual health, with an aim of informing the public and professionals about good RSE. It also gave us an opportunity to reflect on the year just gone as well as celebrate some clear campaigning victories that our sector has brought about.

This April, after 30 years of campaigning by the Sex Education Forum and its members (including FPA), the Children and Social Work Act became law. This means that, from 2019, relationships education (RE) will be mandatory in all primary schools, and RSE in all secondary schools. Although we haven’t yet seen the Department for Education’s guidance and don’t know the planned lesson content, the commitment is a positive step that will help to empower young people to understand and protect their sexual health.

Additionally, we have made progress on reproductive rights in Northern Ireland. In July, following FPA and the British Pregnancy Advisory Service’s (bpas) campaign which led to Stella Creasy MP’s amendment to the Queen’s Speech, the Government finally agreed to fund abortion services in England for those women forced to travel from Northern Ireland. At up to £2,000, the cost of a private procedure was preventing those without the means to pay from accessing vital healthcare that women in all other parts of the UK are entitled to. Although this change won’t allow women in Northern Ireland to access abortion care locally, it will relieve a significant financial burden for those forced to travel to England.

However, there are areas where progress is slow. Since the implementation of the Health and Social Care Act in 2013, sexual and reproductive health services have been dealing with significant structural changes. Public health funding has also been drastically reduced, with the Chancellor’s decision to reduce funding by £200 million in 2015/16, followed by a Spending Review that set out a 3.9% year-on-year budget cut across public health from April 2016 until April 2021, totalling at least £600 million in cuts.

Just last month Public Health England’s (PHE) own survey of local authority and clinical commissioning group staff found commissioners describing commissioning for sexual and reproductive health as “complicated”, “complex” and “fragmented”. Respondents told PHE that they are often commissioning in silos, with little communication between partner organisations. They also reported lack of clarity over the division of responsibility and difficulty when dealing with out-of-area payments.

The future of funding was another repeated concern, with financial pressure most acute in local authorities. Previous research from the Advisory Group on Contraception (ACG) found a quarter of councils have shut or may close some of their contraceptive services, and the Local Government Association (LGA) has recently warned that cuts have left sexual health services at a tipping point, stretched to capacity dealing with a 25% increase in visits, whilst financial pressure increases.

While at the moment, local authorities are in receipt of the Public Health Grant, the Department of Communities and Local Government plans to trial 100% business rates retention in 2018/19, which could significantly impact public health budgets even further.

These factors are already clearly having an impact on the ability of healthcare professionals to effectively provide the services that their patients need. A report from the Royal College of GPs highlighted the disincentives for doctors and nurses in primary care to access training, at a time when local clinics are closing and patients can’t access services elsewhere. FPA’s own research confirms these experiences, with our survey of over 1,000 GPs finding that just 2% offer the full range of contraceptive options available on the NHS and with 20% unable to provide highly effective long-acting reversible contraceptive (LARC) methods. Healthcare think tank The King’s Fund and the All-Party Parliamentary Group on Sexual and Reproductive Health have also reported reductions in the quality of care for patients.

It may seem like a tall order, but our work in the last year does shows that, even in circumstances where change seemed highly unlikely (or even impossible), it can be done. Our precarious political environment may yet provide more unexpected opportunities for campaigning so that further progress can be made to ensure that everyone can enjoy good sexual and reproductive health and wellbeing.

This efeature is part of our Sexual Health & HIV Policy eBulletin. You can subscribe for free and read past editions here.