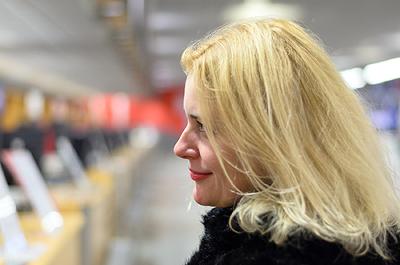 Last November, the publication of data on the NHS Cervical Screening Programme by NHS Digital presented concerning figures once again regarding cervical screening coverage rates. With rates at their lowest in two decades, groups including Jo’s Cervical Cancer Trust have come out in force to highlight such alarming statistics and the consequences that will result from poor uptake in cervical screening.

Excluding the “Jade Goody effect” in 2009, when media coverage of a reality TV celebrity with cervical cancer transiently increased screening uptake, there has been continued decline in the last ten years. The NHS Digital data shows that, in all age groups over the last five years, coverage has remained far below the recommended 80% threshold. Coverage among women aged 25-49 has fallen from 73.4% in 2012 to 69.6% as of March 2017, and among 25-29 year-olds, it is now only 62.1%. The problem is universal across all local authorities. Age-appropriate coverage of the full target age group (25 to 64 years) as of March 2017 ranged from 65.7% in London to 75.4% in the East Midlands, with all reporting regions demonstrating a fall in coverage compared to the previous year.

As a sexual and reproductive health (SRH) clinician and Programme Co-ordinator for Cervical Screening at Homerton University Hospital in London, I have seen first-hand just how important an integrated service can be in the provision of cervical screening. Following explicit direction from the NHS and the local authority, at the end of 2016 our service moved from a previous open-access screening policy to providing opportunistic tests only to a small number of eligible women. The result was striking, with screening activity falling from 1714 tests in the first six months of 2016 to 411 tests in the same period this year, a drop of over 75%. This change in protocol has since been reversed after specific direction and remuneration from NHSE in a bid to increase uptake. Reducing access even for only a short time saw us turn many women away from the service, and at this stage it is too early to assess whether our screening rates will return to their previous higher figures.

Sexual and reproductive health clinics have traditionally been a place where women were sign-posted to when invited to take part in screening. This clinical setting offers many benefits as a “one-stop” approach to reproductive care which can often provide women with ongoing effective contraception and screening for sexually transmitted infections (STIs), all within the same consultation. The fact that so many younger women are now failing to attend cervical screening makes SRH clinics even more crucial in the NHS’ future efforts to reverse this trend.

Sexual and reproductive health services are well-positioned to cater to these women, and there are clear benefits of an open-access approach to cervical screening. However, there are also significant challenges including new models of service delivery and cuts to funding. This has resulted in many services no longer being able to deliver screening within their existing contracts. We are under increasing pressure to see more patients and diagnose and treat more STIs in the most cost-effective manner. It is not surprising that the provision of cervical screening services has been put at risk within this challenging environment.

At the present time, I feel fortunate that our service is now back in a position to offer this valuable screening test to women in an open-access manner. For some other services the situation is not as positive. Yet all of us working in SRH can disseminate these alarming statistics and make a concerted effort to promote screening whenever we come into contact with eligible women. By keeping the issue at the forefront of women’s minds, we will hopefully reinforce the message that screening really does save lives. Working in SRH, I believe we are in a position to make a valuable difference.

Re-published with permission from BMJ Opinion.