Dr Asha Kasliwal reflects on the importance of post-pregnancy contraception 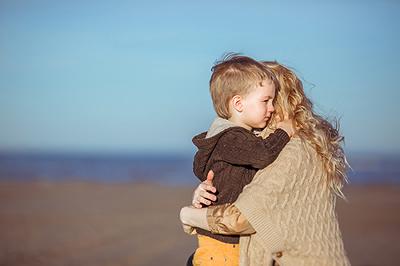 On International Safe Abortion Day, Dr Asha Kasliwal, President of the FSRH, reflects on the importance of post-pregnancy contraception

Last week, my first patient in the IUD clinic was a young mother who had just had an abortion three months after delivery. She told me that she hadn’t thought of contraception at all during her pregnancy as she was focussed on having the baby. This had not been discussed at antenatal visits nor after giving birth! She hoped never to find herself facing a difficult decision about her pregnancy again.

I was involved last year in the development and publication of the NICE Quality Standards for Contraception. Two out of the four standards are about providing contraception after pregnancy, both after an abortion and after childbirth. Earlier this year, the FSRH ‘Contraception after Pregnancy’ guidance was launched. These are great resources to guide clinical practice and the delivery of high quality care; however, it is clear that a lot more still needs to be done for these to be put into practice to help women like my patient.

Currently, the World Health Organization (WHO) recommends a 24-month interval after childbirth. A short interpregnancy interval of less than 12 months increases the risk of complications, including preterm birth, low birthweight, stillbirth and neonatal death. Yet it is estimated that, in the UK, one in six pregnancies is unintended according to the NATSAL data from 2013. One in three pregnancies that continues to term may have originally been unintended. This means that, in many cases, the WHO’s recommendation on spacing pregnancy is likely not been followed in the UK.

I remember when I was training (too long ago!), it was routine for midwives to discuss contraception on the postnatal ward itself. That gave enough time for the woman to read up the information and get started on her chosen method. FSRH’s Clinical Effectiveness Unit (CEU), responsible for the Faculty’s clinical guidance, recommends immediate postpartum insertion of an IUD (up to 48 hours) or a subdermal implant (long-acting reversible contraception, LARCs) if the woman chooses. Hence it is even more vital that these discussions and provision of information takes place at every contact from pre-conception care through to the antenatal period and also postnatally.

One in three pregnancies in the UK ends in an abortion. FSRH’s vision is a UK where all women are able to receive prompt access to abortion services, which should include good pregnancy decision-making support. Women who choose to commence LARCs immediately after abortion have a significantly reduced likelihood of undergoing another abortion within two years, compared with women provided with medium-acting, short-acting or no contraceptive methods.

To make it easy for midwives and nurses working in abortion services to provide subdermal implants for contraception if the woman so chooses, the FSRH has recently introduced a new qualification, “Letter of Competence Subdermal Contraceptive Implants Techniques Insertion Only (LoC SDI-IO)”. The FSRH is also currently working on extending the ‘SRH Essentials’ course to midwives. This is a one-day interactive course providing basic information to support nurses to provide sexual and reproductive healthcare (SRH).

By producing guidance, standards and qualifications in SRH, the Faculty is aiding healthcare professionals with the provision of essential post-pregnancy contraception, supporting women in making informed contraception choices that will help plan their reproductive lives and space their pregnancies accordingly.