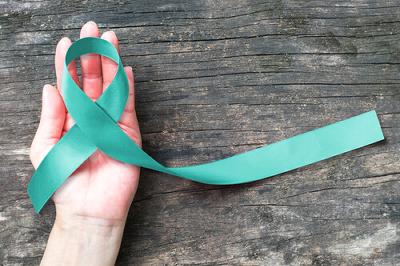 Ovarian cancer – previously thought of as a ‘silent killer’ – is now known to be commonly symptomatic, even in the early stages.

Staging at diagnosis, as for most cancers, greatly influences prognosis: stage I ovarian cancer boasts a 5-year survival rate of almost 95% compared with a survival rate of around 25% for stage III. Improving education on symptoms – which may include abdominal distension, loss of appetite and increased urinary frequency – is therefore imperative to reduced delayed diagnoses and save lives.

Why might LBT individuals be at higher risk of ovarian cancer?

Ovulation is an inherently inflammatory process, with the ovarian surface epithelium rupturing and repairing with each cycle that an ovum is released. It is thus unsurprising that the most common type of ovarian cancer involves the surface epithelium of the ovary which has to undergo this breach-and-repair process several hundred times during the average ovary’s lifetime. 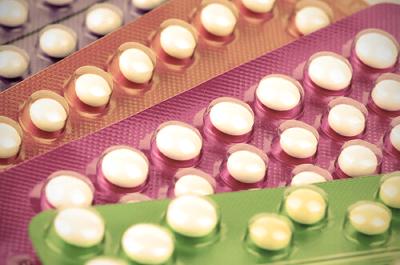 Factors that reduce the number of ovulatory cycles that an individual experiences across their fertile years – including multiparity, breast feeding and use of the combined oral contraceptive pill (COCP)– are believed to be protective from ovarian cancer.

Although it is important to avoid making assumptions about the desire for parenthood and fertility based solely on gender or sexual orientation, evidence does suggest that on average lesbian and bisexual women are less likely to become pregnant than their heterosexual counterparts. A large systematic review and meta-analysis in 2016 reported that the odds ratio for pregnancy was 9-fold lower in lesbian women and 2-fold lower in bisexual women than in heterosexual women.

Reliable statistics on the use of the combined oral contraceptive pill amongst sexual minority women and transgender/non-binary individuals in the UK is lacking. However, it may be reasonable to extrapolate that those individuals that do not regularly have penetrative intercourse with members of the opposite sex may be less likely to use regular hormonal contraception and thus miss out on the protective, ovulation-sparing mechanism of the COCP.

The impact of testosterone treatment on ovarian cancer risk in female-to-male transsexual patients also remains largely unknown, although cases of ovarian cancer in transmen taking androgen supplementation therapy have been reported. Further studies into the impact of long-term androgen supplementation on ovarian cancer incidence is imperative to establish the risk to this community and inform as to whether salpingo-oophorectomy should be recommended to those undergoing gender reassignment surgery to mitigate this risk.

LBT individuals may have reduced engagement with and trust in healthcare services which could increase the risk of a delayed cancer diagnosis: the 2017 Stonewall Report stated that 1 in 7 LGBTQ+ people have avoided treatment due to concerns over discrimination.

Patients that are given the opportunity to disclose their sexual orientation and are confident in their doctor’s ability to provide inclusive, non-discriminatory care are much more likely to present with concerning symptoms and to engage with cancer screening and follow-up initiatives.

In recent years, several schemes have emerged aiming to improve the relationship between GPs and their LGBTQ+ patients. The Pride in Practice scheme and the NHS Rainbow Badge Scheme are examples of such initiatives educating on LGBTQ+ inclusion and teaching communication skills for sensitive conversations around gender and sexual identity.

However, misperceptions around the sexual and gynaecological health of LBT individuals prevail. There is, for example, a lack of recognition amongst some healthcare providers of the significant proportion of LBT women that either currently or formerly have had intercourse with men, as well as a lack of knowledge on the transmission of sexually transmitted infections (STIs) through lesbian sex. These inadequacies in knowledge lead to lost opportunities to encourage health promotion behaviours and educate patients on red flag symptoms of ovarian - and other gynaecological - cancers.

Although there has been a promising move towards improving healthcare accessibility and outcomes for LGBTQ+ individuals in recent years, there remains much more to be done.

On sitting down to write this piece, it quickly became evident how near-impossible it is to draw any clear conclusions on ovarian cancer risk in the LBT community, simply because the data is not there. High-quality research that is properly representative of minority groups is disappointingly sparse both within the UK and globally.

There is, for example, an almost complete absence of epidemiological data on the use of COCP by lesbian and bisexual women or on the effect of testosterone on ovarian cancer risk in transmen that have retained their ovaries.

Further research is needed in order to make any meaningful headway on ovarian cancer outcomes in a way that is inclusive of all individuals within our society regardless of sexual orientation or gender identity.