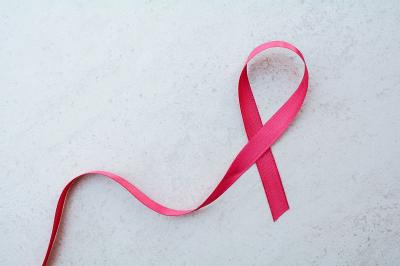 Dame Inga Beale is Chair of the HIV Commission, tasked by leading HIV charities Terrence Higgins Trust, National AIDS Trust and the Elton John AIDS Foundation to make evidence-based recommendations for achieving the Government's goal of ending HIV transmissions by 2030. In this month's eFeature, Dame Inga reaffirms the Commission's commitment to delivering on this crucial task, despite the significant whole system and personal challenges presented by the COVID-19 pandemic. She highlights the value of continued engagement with the Commission as it presses ahead with further evidence gathering and analysis and develops final recommendations that will be ambitious and relevant to the COVID-changed world we will be living in. The Commission will publish its findings and recommendations in autumn this year. 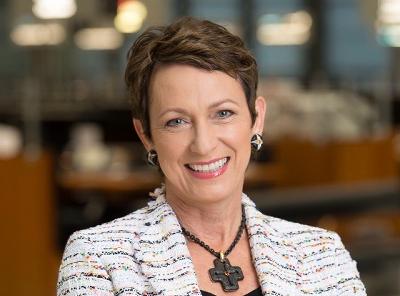 They say if something seems too good to be true then it usually is. But, in the case of ending HIV cases in England within the next decade, that ambition is as good as it sounds: we can achieve a world first by ending new transmissions by 2030.

Alas, to use another cliché, nothing good ever came easy.

When it comes to ending the HIV epidemic the choice is clear: we can either drive forward and write that final chapter, or we can allow progress in the fight against HIV to drift.

Anyone who knows me will also know that I’m not one to let things drift! And, as Chair of the first ever HIV Commission, I’m hugely motivated to do everything I can do reach that 2030 goal. My fellow (equally determined) commissioners and I have been tasked by HIV charities Terrence Higgins Trust, National AIDS Trust and the Elton John AIDS Foundation with making clear and evidence-based recommendations for ending transmissions within a decade. The UK Government has committed to reviewing these recommendations as part of its overall commitment to reaching this goal.

This is fantastic, but it will not be news to anyone that since we set off on this journey, the world has been hit by a new pandemic. All our lives have been dramatically changed by COVID-19 and thousands of people are facing personal tragedies. Our NHS and social care system, our community organisations, and our behaviours, will be forever changed by this outbreak. It is also becoming clear that like HIV, coronavirus disproportionately affects marginalised groups, particularly BAME communities.

I have been thinking hard about how we can do the crucial work of ending the HIV epidemic as we face this new crisis. The conclusion I have come to with my fellow commissioners is that we must push ahead with our evidence gathering and analysis as much as we can. We do not have time to take our eye off the ball.

With these new challenges will also come new opportunities. For example, many of our services have been digitised at a greater speed than we ever could have anticipated. We want to make sure that our findings take this into account, so we will be continuing to meet (virtually!) over the next few months to develop our recommendations and will publish our findings in Autumn 2020.

Crucially we need the input of as many people as possible to inform what we say. That includes experts who are already doing important work to stop HIV through to those with fresh eyes who can look at the problem from a completely different perspective.

That’s why public engagement in what we’re doing is key and why it’s worrying that new polling released recently to inform the work of the Commission has found just 7% of people are aware of the Government’s goal of ending new HIV transmissions by 2030.

Similarly, while almost a quarter of people believe new HIV transmissions can be stopped by 2030 in England, 28% doubt this goal is possible.

These statistics are a real problem if we’re to have the impact we need to have, as public engagement and listening to a wide range of views are the heart of what we’re doing. To that end, we have launched a national online call to encourage everyone to have their say on how to end the HIV epidemic. We need you to share your expertise and experience with us and tell us what you think is important to ending new HIV transmissions and HIV-attributed deaths in England by 2030. Your feedback will inform evidence-based recommendations in our report.

It’s also why I’m writing this – I want to say directly to the 28% of doubters: we can reach this goal, despite how ambitious it may seem.

Worryingly, the snapshot of public opinion also shows that too many people’s knowledge of HIV is stuck in the 1980s. For example, six in ten (59%) people are unaware that effective treatment means HIV can’t be passed on, while a staggering 7 in 10 (69%) don’t know that HIV prevention pill PrEP stops someone from contracting the virus.

This isn’t good enough and, in order to help bring people to the point where they know that the end of the epidemic is a possibility and how much HIV has changed, we’re taking action. We’ve released a new animation that takes you on a journey from the death and hysteria of the 1980s through to where we are today where someone diagnosed early and accessing treatment will live as long as anyone else. Watch the video here.

Most importantly, we’re making it clear that our ambition is grounded in evidence and is achievable. But the clock to 2030 is already ticking.

And so – whoever you are, however old and whatever your knowledge or experience of HIV – we want to hear from you via our HIV Commission website. You can get involved in a huge variety of ways – so, please sing to us, submit photos, leave us a voice memo or write a couple of sentences. Because together we can end HIV transmissions, but we all have a part to play.

You can have your say via the HIV Commission website.