Do we leave vulnerable patients behind when integrating sexual health and SRH services?

Catherine Schunmann is a Consultant in Sexual and Reproductive Health in Norwich. She is part of the clinical team at iCaSH Norfolk providing integrated services under one roof, including contraception and sexually transmitted infection (STI) and HIV testing and treatment. In this month’s eFeature, Catherine considers the policy push over recent years towards integrating sexual health and sexual and reproductive health (SRH) services and draws on experience in Norfolk and the wider East Anglian region and other research to date to look at whether integrating services has improved access for those who are vulnerable and need them most. 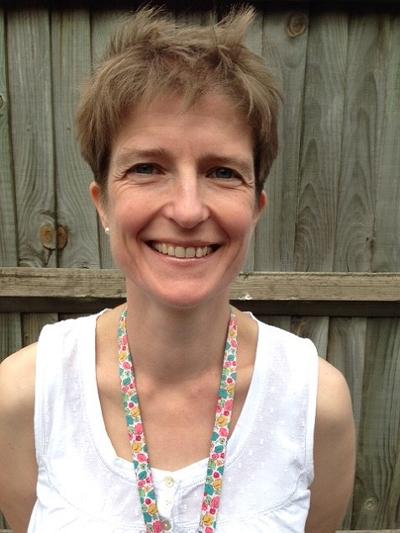 Poor sexual health is experienced disproportionately by vulnerable individuals and groups in society. Sexual health and SRH services have evolved considerably over the past twenty years in response to prevailing epidemiological trends, societal and cultural expectation and political necessity. But, have these changes improved access to services for those who need them most?

In 2001 the Department of Health launched its first ever National Strategy for Sexual Health and HIV entitled, “Better prevention, Better services, Better sexual health”. This was largely in response to rising rates of Genito-Urinary Medicine (GUM) clinic attendances, newly exceeding a million per year, and the existence of wide variations in quality of sexual health and SRH services across the country. Two key proposals were to encourage providers to collaborate to deliver “comprehensive” services and to evaluate the benefits of more integrated services including pilots of “One-Stop Shops” where contraception and STI care were available under one roof. The authors of the Strategy acknowledged that many varied models of care already existed spanning Community and Acute settings and Primary Care and that there was “no real consensus on what constitutes “Integrated Care.”

The National Evaluation of One Stop Shops for Sexual Health, conducted by the University of Bristol and University College London and published in 2007, concluded that direct comparisons of services were impossible as they were so highly varied but that an “integrated mind set” amongst clinicians was more important than bricks and mortar.

A thorough and comprehensive independent assessment of the strengths and weaknesses of the One Stop Shop versus collaborative integration between independently located contraception and GUM clinics was published two years prior to the official evaluation by French et al.

The comparison was based on 5 theme areas: Logistics, Public Health considerations, Users, Staff and Cost. As far as service users are concerned, the direct benefit lies in being able to access two types of care within one attendance. If the user only requires one type of care, there is no added benefit for them and there is a risk of dilution of expertise and loss of specialist skills amongst the staff treating them. Vulnerable individuals, who may have difficulty accessing services and who may have multiple needs, would be expected to benefit from requiring a single visit only.

In Norfolk, transition from three local, collaborative services based in Acute Hospital Trusts in Norwich, King’s Lynne and Great Yarmouth to three regional, integrated services under one Community Trust occurred when GUM services and SRH services were put out to tender by Norfolk County Council in 2014. The iCaSH branding is consistent across Norfolk and across our neighbouring counties Suffolk, Cambridgeshire and Peterborough which have all undergone similar processes. In Norwich, the new service configuration has been operational since April 2015.

Across East Anglia there are eight GUM consultants, two Sexual and Reproductive Health (SRH) consultants and one Associate Specialist SRH Service Lead. In late 2018, they were informally surveyed using four simple questions to see if they felt that vulnerable service users had been disadvantaged by the provision of integrated care.

Degree of integration
Of the 4 regions surveyed Suffolk runs a limited number of Drop in Clinics that are fully integrated but separates appointment clinics. The other regions have clinics which are located under one roof but patients are triaged into GUM or contraception as they book in at reception.

Definition of “vulnerable”
In response to the last question, clinicians listed; people less able to take care of themselves for any reason, under16s, men who have sex with men (MSM), people living with HIV, people from ethnic minorities, people with chaotic lives and women in violent and/or coercive relationships.

Benefits and drawbacks from each Specialty perspective
Five out of eight GUM consultants responded to the survey. They all identified the benefits of being able to offer contraception to GUM patients and STI care to contraception patients. The disadvantages arose as a result of new locations that were unsuitable for young people owing to lack of public transport, “training issues and tensions” for staff during the integration process and reservations about wholesale change to online screening kits for asymptomatic individuals as this excludes people who are homeless. A specific disadvantage of aligning GUM with Contraception in the Community rather than being part of an Acute Trust, was the loss of automatic pathways between medical specialties (including diagnostic testing and imaging) for people living with HIV.

All three CSRH Service Leads responded to the survey. Advantages identified were the broader outlook of SRH clinicians who were becoming better attuned to non-contraceptive needs. The disadvantages centred around the narrow definition of contraception for contraceptive purposes only, leading to loss of a holistic approach to women’s reproductive health and a less advantageous location of another clinic. It was reported that in two locations, lack of public transport and a peripheral clinic location replacing a central one deterred under 16s from attending services.

The impact of integration in East Anglia
Young patients and other service users less able to attend independently may be disadvantaged by the new locations of the clinics. People who are homeless may struggle to access asymptomatic screening services which are increasingly being provided online. These problems are not a result of integration. Those who have been adversely impacted by integration are people living with HIV and women using contraception for wider health benefits throughout their life course.

Published studies on the effects of integration

Sauer et al reported that some older women attending integrated clinics to obtain contraception only, found the GU element stigmatising and preferred to attend a contraception only clinic. Other authors have detailed the loss of wider benefits to women’s health that are naturally encompassed in a contraception consultation, such as preconceptual care. There is also evidence to suggest that the proportion of women diagnosed with an STI attending for contraception is very small but conversely, the same study showed that 18-43% of women attending for GUM were not using contraception or not using it reliably or correctly. A study of staff views in Lothian (where commissioning is not part of service provision) comparing services for different groups of users before and after integration found that most respondents felt that services were worse for heterosexual women, older women, women attending for cervical screening and women attending for contraception after integration. By contrast, for user groups that could be considered vulnerable, services were considered to be about the same before and after integration. Additionally, in England, most integrated services are not commissioned to provide cervical screening, further restricting women’s choice of provider and location for a highly effective programme where uptake is at its lowest in 21 years.

In summary, integrated services offer better contraception for female GU patients and women who are living with HIV. With the advent of online testing remote from clinic, there is minimal GU advantage for most contraception patients and likewise, no added value of providing a contraception service in a clinic for MSM.

Vulnerable groups have been adversely affected in recent years as a result of funding cuts, reductions in capacity and in some cases as a result of relocation away from city centres and public transport routes, but not as a direct result of integrating contraception and STI services.

Meanwhile, integration with GU services has offered women narrowly defined pregnancy prevention only, with the opportunity for immediate STI care in place of many other services such as cervical screening, community based menstrual control and PMS treatment, pre-pregnancy planning, peri-conceptual care, adolescent gynaecology and menopause care. People living with HIV have been similarly marooned on an island offering genitally focused STI services with the addition of pregnancy prevention in place of joined up diagnostics, imaging and multi-specialty input. It remains to be seen if this situation can be improved whilst sexual health and SRH services in England remain isolated from the wider NHS under the severe financial constraints of local authorities.

Originally published in the May edition of the Sexual Health, Reproductive Health and HIV Policy eBulletin. The content of all eFeatures represents the views and opinions of the authors. FSRH and coalition partners do not necessarily share or endorse the views expressed within them.