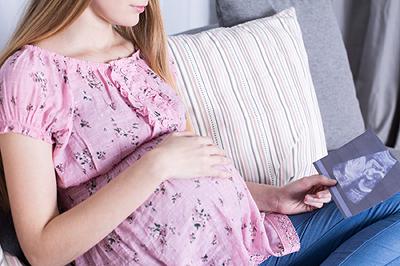 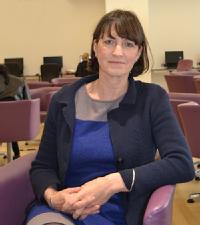 Alison Hadley is Director of the Teenage Pregnancy Knowledge Exchange at the University of Bedfordshire and PHE’s Teenage Pregnancy Advisor. She previously led the UK Labour Government’s 10-year Teenage Pregnancy Strategy for England to address the country’s historically high teenage conception rates and reduce social exclusion. In this month’s eFeature Alison addresses the challenges of applying the successful strategy model in a very different national and local landscape, with significantly less resources. She offers examples from three different areas to show how councils are continuing with commitments to accelerate reductions in teenage conception rates and address the needs of young parents. She also identifies the game-changing actions needed to sustain progress in this area in the long term.

Over the last 15 years the under-18 conception rate in England has dropped by 55%,  with the biggest declines in the most deprived areas and a doubling in the proportion of young mothers in education, training or work. This wasn’t achieved by magic! But, as a recent commentary on an impact study published in The Lancet – The Teenage Pregnancy Strategy: a hard won success – suggests, it was through an evidence based multi-component strategy, delivered with concerted effort by local government, their health partners, schools and non-governmental organisations and - unusually for a government strategy - given sufficient time to effect change. This is an approach which is now being shared internationally by the World Health Organization (WHO).

However, as the Local Government Association (LGA) makes clear in their briefing to local councillors, this is great progress, but there still is more to do. Inequalities persist between and within local authorities, with an almost 6-fold variation in rates and 60% of areas having at least one high rate ward. Young people continue to experience higher levels of teenage births than their peers in most Western European countries and outcomes for young parents and their children remain disproportionately poor.

The evidence for preventing early pregnancy has remained the same as it was at the start of the Strategy: building young people’s knowledge, skills, resilience and aspirations through comprehensive relationships and sex education (RSE), and enabling effective use of contraception through accessible youth friendly services. The key lesson from the Strategy was the importance of a whole systems approach – the ten key factors for an effective strategy(1) - with all agencies understanding the relevance of teenage pregnancy to their own priorities, and how they can contribute to the solution.

While a continued reduction in the under-18, and under-16 conception rate is a priority in the Framework for Sexual Health Improvement in England and the indicator is included in the Public Health Outcomes Framework (PHOF), the challenge now is how to apply the same model in a very different landscape, with significantly less resources, no defined strategy or target and the disappearance in some areas of some of key partner agencies, such as youth services. 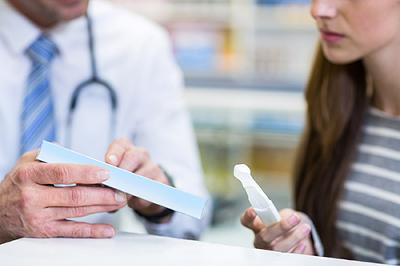 To help meet this challenge, local authorities have asked Public Health England (PHE) to develop two new multi-agency frameworks – a Framework for Supporting Teenage Mothers and Young Fathers published in 2016 and a Teenage Pregnancy Prevention Framework, to be published in November this year. They are designed to be used flexibly – to look at the prevention or support programme across the whole council area, to review actions in districts or wards with high rates, or to explore one of the ten key factors in more depth.

As Director of the Teenage Pregnancy Knowledge Exchange and PHE’s Teenage Pregnancy Advisor, I am reassured by the on-going commitment of councils to sustain progress, accelerate reductions and address the needs of young parents. The following three examples give a flavour of the dedicated work in the face of continuing challenges.

In Blackpool, the Council has always prioritised teenage pregnancy, but with a smaller than average reduction of 32% and the highest under-18 conception rate in England, efforts have been redoubled. To ensure consistent best practice in all schools, a new PSHE scheme has been developed, concentrating on sexual health and relationships, drugs and alcohol and emotional health and consent. Teachers and other school staff are trained in awareness of risky behaviours, a local support forum for PSHE leads has been set up and the council offers a ‘reward’ payment for schools which demonstrate full implementation. All schools have participated, with overwhelmingly positive feedback from pupils and positive comments from Ofsted in individual school inspection reports. To strengthen targeted prevention and help young women living chaotic lives use effective contraception, a new contraception domiciliary service has been developed which enables joint visits with staff from mental health, vulnerable children, drug and alcohol and learning disability services. To maximise the contribution of the non-specialist wider workforce, all frontline staff working in the new Blackpool Young People’s Service will be undertaking the new Royal College of General Practitioners (RCGP) e-learning module on contraception.

In Warwickshire, although the under-18 conception rate has reduced by 53%, to lower than the England average, the Council continues to keep a close eye on progress. When rates suddenly increased in two of district areas, swift action was taken. A teenage pregnancy summit was organised with local councillors, schools, youth services, sexual health services, pharmacists and a young person from the RSE Board to collectively - and without blame - understand the reasons for the increase and address any gaps. A new Action on Teenage Pregnancy Group then took forward the agreed actions, which included: training new pharmacists in emergency hormonal contraception (EHC) provision, introducing a condom distribution scheme pilot, and implementing a communications plan to raise awareness among professionals and ensure everyone in contact with young people were aware of local services and the Council’s Respect Yourself website. The review also helped secure continued funding for the very successful young people sexual health drop-in service.

In North Yorkshire, although the under-18 conception rate has declined by 62% to only 14/1000, being a large county, numbers are still relatively high and spread across a wide geographical area. When responsibility for commissioning the Healthy Child Programme (HCP) moved to the Local Authority, the Council used it as an opportunity to prioritise the needs of young parents and developed a new programme as a partnership between HCP and the Council’s prevention service. Designed to offer strong and coordinated support to all pregnant teenagers and young parents wherever they live, the programme focuses on a range of issues including breastfeeding, parenting support, re-engagement in education and training and preventing second unplanned pregnancies.

These are very different areas but with some common threads: an embedded understanding in the council of why teenage pregnancy matters; a recognition that the right actions will not only reduce rates but also contribute to improving wider health, emotional wellbeing, safeguarding and education outcomes; and committed individuals retaining the passion to give young people better choices.

Many other councils are showing the same commitment which gives me confidence that this will continue. However, to sustain progress in the long term three game changing actions are needed: universal and high quality RSE in all schools; all services to be young people friendly to widen access to trustworthy and non-judgemental advice, and reduce the need for dedicated young people’s services;
and, barriers of embarrassment and stigma removed so that young people feel that asking for advice is the right and normal thing to do. These changes will help embed the actions of the Strategy into universal primary prevention, allowing local areas to use their diminishing resources to focus on targeted support and early help for those most in need.

On statutory RSE, after years of campaigning and a heart breaking near miss in 2010, we are finally through the door! The Children and Social Work Act legislates for statutory RSE in all secondary schools and relationships education in all primary schools, starting in September 2019. This includes academies, free schools, faith schools and the independent sector. The task now is to ensure that the guidance for schools is evidence based and resourcing is sufficient for schools to deliver RSE. The Department for Education’s (DfE) engagement with the sector and consultation on the guidance will take place over the next few months. Responses from the public health and sexual and reproductive health community will be really important in supporting DfE to get this right, and ensuring the landmark legislation translates into quality RSE for all children and young people.

***Look out for Teenage Pregnancy and Young Parenthood: effective policy and practice by Alison Hadley, with Professor Roger Ingham of Southampton University, in collaboration with Venkatraman Chandra-Mouli from WHO. It is due to be published by Routledge in December 2017.