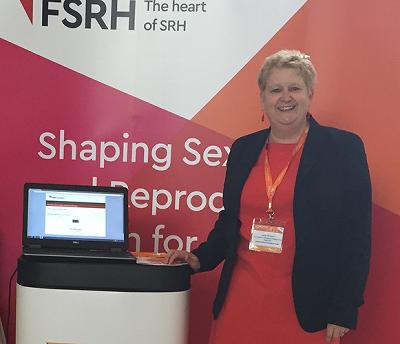 Today sees the launch of the #HomeUse campaign by the Women’s Equality Party (WEP). This is a campaign urging the Secretary of State for Health and Social Care Jeremy Hunt and the Welsh Secretary for Health and Social Services Vaughan Gething to follow on the footsteps of the Scottish Government and allow women to take misoprostol at home. The campaign is spearheaded by a young woman, Claudia, who, following a medical abortion, felt so distressed by her experience that she took the initiative to write an open letter to the Secretaries of State. She also talks about her experience in a short film.

The current situation in England and Wales is that women usually have to make two visits to an unplanned pregnancy service in order to complete a medical abortion. At the first visit they take mifepristone and at the second visit, usually 24-48 hours later, they return to take misoprostol, usually vaginally or sublingually. Claudia describes being ‘watched’ to do this, which in itself adds to what sometimes feels to be a stigmatising process.

Within the confines of the 1967 Abortion Act, women are not allowed to take misoprostol pills home to take in their own familiar environment. Women travel home following administration in a clinical setting, and there is often uncertainty about how long it will take before they begin to abort. Claudia describes a very distressing situation of beginning to abort in a taxi. She recognises that she was quite fortunate in that she could afford a taxi ride and she did not live a long way from the clinic. This is often not the case, especially for deprived women in rural areas.

Misoprostol is a safe and effective drug widely used for medical abortions in the early stages of pregnancy. While it is regularly prescribed for home use in the case of miscarriages, women using it to terminate a pregnancy have to take it at a hospital or clinic. It makes no sense at all that a woman is allowed to take home misoprostol for miscarriage management and not allowed to do the same when it comes to abortions.

Abortion remains one of the most common gynaecological procedures among women in the UK; therefore, safety and access are paramount. According to latest DH abortion statistics, in 2016, 92% of abortions were early abortions, carried out at under 13 weeks gestation, and 81% were carried out at under 10 weeks, which is slightly higher than in 2015 at 80%, and considerably higher than 2006 at 68%. It is an entirely different procedure compared to what was in place when abortion legislation was introduced 50 years ago.

In Scotland, the Government has made the decision to allow home use of misoprostol. The FSRH has already called for the decriminalisation of abortion across the UK, but this is certainly a complex process that will take time. However, as we have seen in Scotland, home use is an easier aspect of legislation to change and it would require the support of the relevant Health Secretaries of State. I would encourage you to read FSRH’s position statement on abortion law reform, watch the Women’s Equality Party #HomeUse film clip and if you feel as I do, sign #ClaudiasLetter.