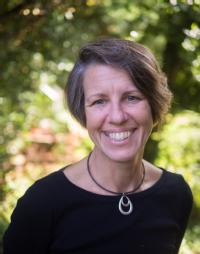 Dr Nicky Morgan qualified in 1988 from Birmingham Medical School. After house jobs she did a medical rotation in Birmingham before moving to Devon to complete GP training and subsequently work in Sexual and Reproductive Healthcare. Her interest in women’s health originated at medical school, having spent her elective in Eritrea studying Female Genital Mutilation.

She passed her DFFP in 1995 and started working in Family Planning and in General Practice immediately after that, entering as a Staff grade and converting to Associate Specialist in 2003. She has worked in Contraception ever since, obtaining her LoCs in IUC and SDI and becoming a Faculty Registered Trainer in 2003.

Nicky has an interest in psychosexual medicine and passed her Certificate of the Institute of Psychosexual Medicine in 2009.

In 2013 she became Clinical Lead for Contraception and was involved in the implementation of electronic patient records and integration with GUM. Since then she has developed her skills in GUM and is an active member of BASHH having lectured on the bi-annual microscopy course. As a member of the Senior Management Team she has been actively involved in the development of the tender bid during the recent re-commissioning process.

Nicky has always had an international interest, she worked in infectious diseases in Birmingham in 1990 obtaining the Diploma of Tropical Medicine and Hygiene and then volunteered as a doctor in a rural village in El Salvador in 1992 .

She has been a trustee of a children’s and young people’s charity ‘Edukid’ since 2011. This helps improve access to education for children in Uganda, Cambodia and Palestine. She is currently studying a distance learning Masters degree in Global Health Policy with the London School of Hygiene and Tropical Medicine and has been a member of the International Affairs Committee for a year. She has been involved with developing the MOOC (Massive Open access Online Course) for Contraception Counselling aimed primarily at healthcare workers in low and middle income countries.

In November 2017 she became the first FSRH SAS Doctor Lead. As an SAS doctor and Clinical Lead Nicky is aware of the hurdles SAS doctors need to overcome such as recognition, access to CPD and even prejudice. Through this role she is keen to improve representation of SAS doctors within the Faculty.

Read Nicky's blog on what we are doing at FSRH to better support SAS doctors - published in August 2019.